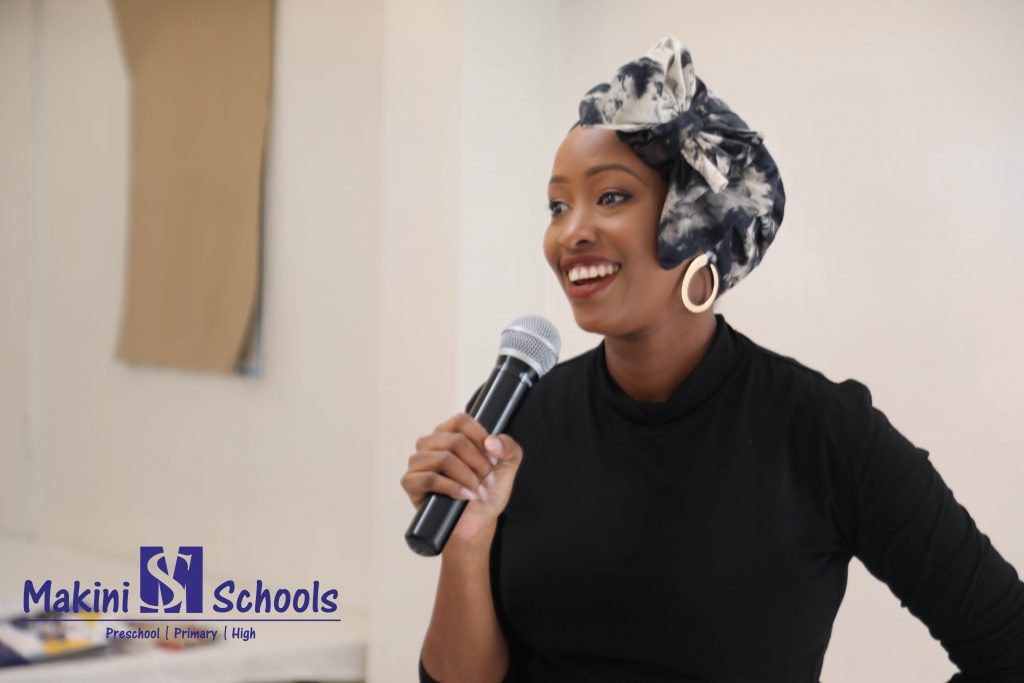 NAIROBI, Kenya – Janet Mbugua is a household name in Kenya, following her career as a news anchor and media personality on some of the country’s top TV stations – Kenya Television Network and Citizen TV. She was also a news anchor in Johannesburg, South Africa. Since leaving the screen in 2017, Ms Mbugua has become a gender equality advocate and champion for menstrual health and hygiene, leading her to launch the Inua Dada Foundation, an organization that addresses issues of menstrual hygiene management (MHM) among women and girls in Kenya. In recent months, Ms Mbugua, also known as the author of ‘My First Time,’ a book that collates the menstruation experience of over 50 women and a few men, has hosted a series of virtual ‘period parties’ to help demystify monthly periods for first-time menstruating girls and create a conversation around period poverty and stigma. WSSCC sat down with her to talk about the period parties and how COVID-19 has affected women and girls in Kenya. WSSCC: What are period parties? Ms Janet Mbugua, a gender equality advocate and champion for menstrual health and hygiene: A period party is a relatively new concept. It’s a bit more popular in the west, but it is not to say it hasn’t been done in Africa. I know of a Kenyan parent who has hosted one for her daughter. The whole idea is when a girl is either about to start her period or has just started her period, the period party seeks to make the transition a bit more comfortable for her by making it celebratory, as opposed to shrouding it with shame. You basically create a very safe space, where these girls can ask a lot of uneasy questions. You do this in a setting that is fun and surrounded by love and positivity. In the end, it reinforces menstruation positively to let the adolescent girls know that what they are going through is normal. It empowers them to know that if they have any issues or pain, they can say it since there is nothing wrong with it. It also allows them to learn about period poverty. 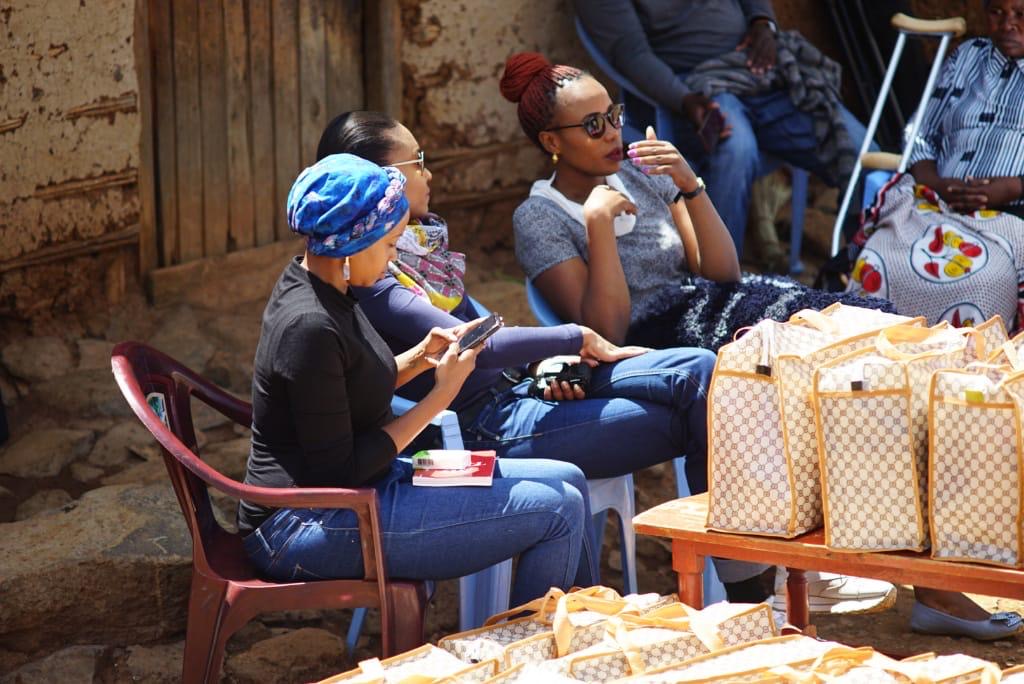 WSSCC: What has been the response to the period parties? Ms Mbugua: I wanted to have period parties with my followers in person, but with COVID-19 guidelines, I revised this to a virtual period party. The first one I did was for mothers and daughters. We got a few mothers and daughters online, picked a red and black dress-code, started the video with some song and dance and then opened up the forum with a talk from a gynaecologist. There were a lot of young girls that were accompanied by adults watching. The second one was around menstrual hygiene week, which I wanted to be a bit more diverse. Again, I picked a dress code, this time white and red, and it was on my Instagram Live. Every 10 minutes, I interviewed a different person – from an anti-female genital mutilation activist to a lady living with a disability and a community worker. It was a great spectrum of women. That period party was watched widely, with thousands of people viewing it. It was even picked up by BBC Africa. 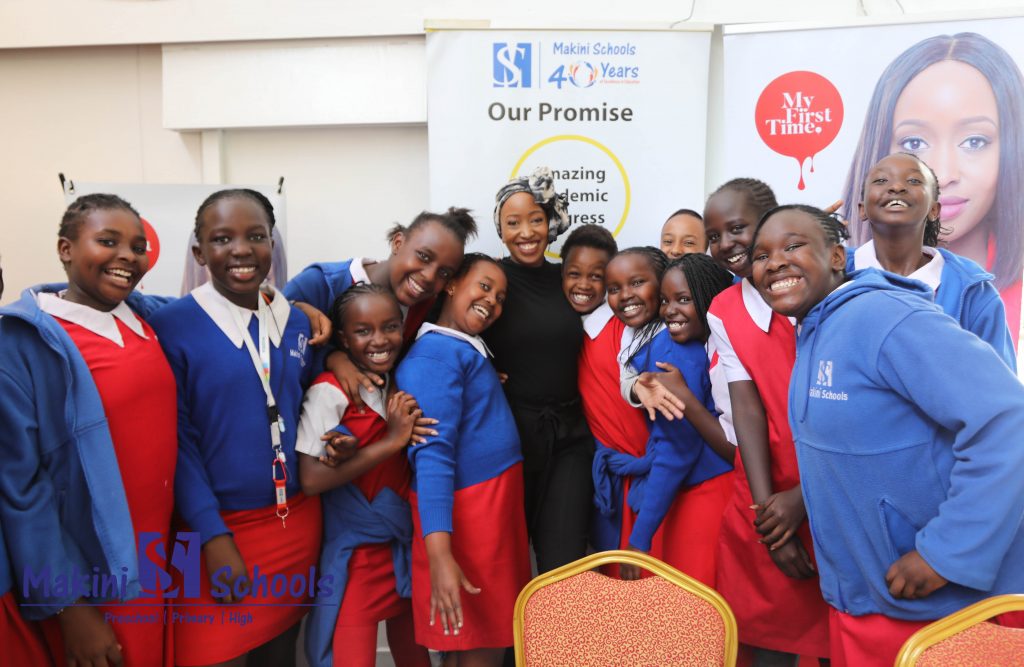 WSSCC: What is the impact of the period parties you have hosted so far? Ms Mbugua: The impact is not just that it got so many views; it also allows people to intervene in each other’s communities when you hold something like that and bring people together. One example I can give is during the second period party, one of the ladies who is a community champion in Eldoret said that there were increased cases of child abuse due to period poverty. She said there was a girl who she was trying to get to a safe house. One of the people who was watching that period party picked that up, reached out to her, and because of that interaction, this girl found a safe house. WSSCC: How has COVID-19 affected menstruating girls and women? Ms Mbugua: It has affected them a lot. Girls who usually receive pads in school have found themselves unable to access pads now that schools have been closed. Women who rely on daily wages were sent home by their employers, and they also found they couldn’t buy pads. Sexual and reproductive health has been greatly affected during COVID-19. Sex education, which was something that some girls were going to talk about in school, has been halted since COVID-19 happened. You have all these girls at home, who are not aware of their sexual reproductive health, and many of them are now falling pregnant because they don’t know when you start your period, which means you can now get pregnant. Teen pregnancy is on the rise because these girls are having sex for pads. Usually, they have pocket money from their parents, but now that their parents are not working, they don’t have this pocket money, and they need to find pads somewhere. Also, women who can buy pads because they have some wages somewhere are finding that they have to menstruate without dignity, using dirty and unsanitary material. Even for women who have access to menstrual products, there was the fear that they wouldn’t find products on the shelves because of hoarding. Lastly, it has affected the cycles of women and girls. Prolonged and painful periods are on the rise, according to experts. 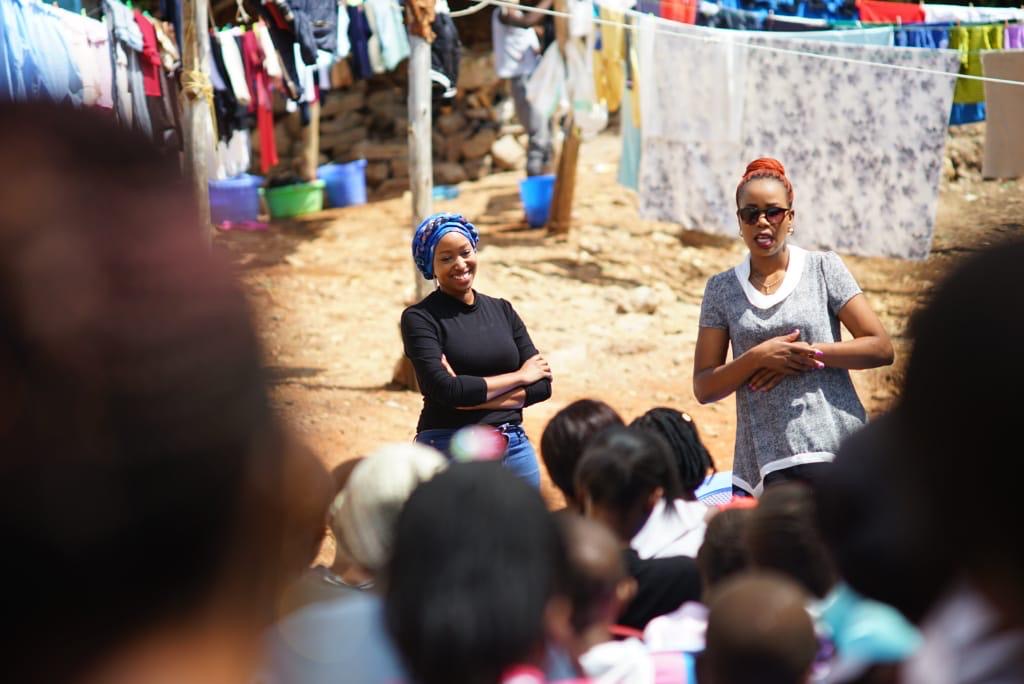 WSSCC: Apart from period parties, what else is Inua Dada doing to help women and girls affected by COVID-19? Ms Mbugua: At Inua Dada, we try to think of sustainable solutions, ones that will empower women to have social enterprises that allow them to buy their pads. We are creating a system where they can earn something and use some of the earning to buy products. Those were some of the initiatives we were in the middle of rolling out, but we decided to use some of those funds to go towards emergency interventions during COVID. Between the end of March and June, we’ve reached over 2,600 women and girls with care packages and dignity kits, and we are hoping to achieve more. That has been through donations from people and also using some minimal funding that was still in the foundation. We are looking for more support, and we are choosing people and organizations based in communities because they understand the need. We do, however, require funding and support for these activities as well as our advocacy initiatives.

In preparing for the resumption of classes in Nigeria, the government directed schools to implement protocols to mitigate the spread...

Webinar: Leave no one behind must be a political commitment

"Today, our definition of peace must include ensuring that all our sisters and brothers have access to WASH and whatever they need to...

Ensuring dignity for menstruating women and girls with disabilities in Tanzania

Attended by representatives from organizations under the auspices of the Tanzania Federation of Disabled People’s Organizations...