The Global Sanitation Fund supports Community-Led Total Sanitation (CLTS), which ignites change in sanitation and hygiene behaviour within whole communities, rather than constructing toilets through subsidies. In this photo, local women are engaged in a CLTS triggering session facilitated by the GSF-supported programme in Obanlinku, Nigeria. Photo: Concern Universal/Jason Florio

Geneva, 14 June 2016 – A new report shows that the Global Sanitation Fund (GSF) has supported governments and thousands of partners across 13 countries to enable close to 11 million people to end open defecation.

Strong results achieved by GSF-supported national programmes are enhancing the GSF’s goal of contributing to universal access to sustainable and equitable sanitation and hygiene across these countries.

The results are published in the GSF’s latest Progress Report, highlighting cumulative results achieved from the start of the Fund to the end of 2015, as well as results and activities during 2015. From the establishment of the GSF in 2008 up until December 2015, GSF-supported programmes have enabled:

These results represent achievements within targeted communities in need. With these achievements, GSF-supported programmes aim to demonstrate to national governments and other stakeholders that it is possible to achieve large-scale, nationally-owned results in a sustainable and cost-effective manner. In addition, the GSF model can be replicated and scaled up to achieve nationwide coverage, as envisioned in national sanitation strategies and the Sustainable Development Goals (SDGs). 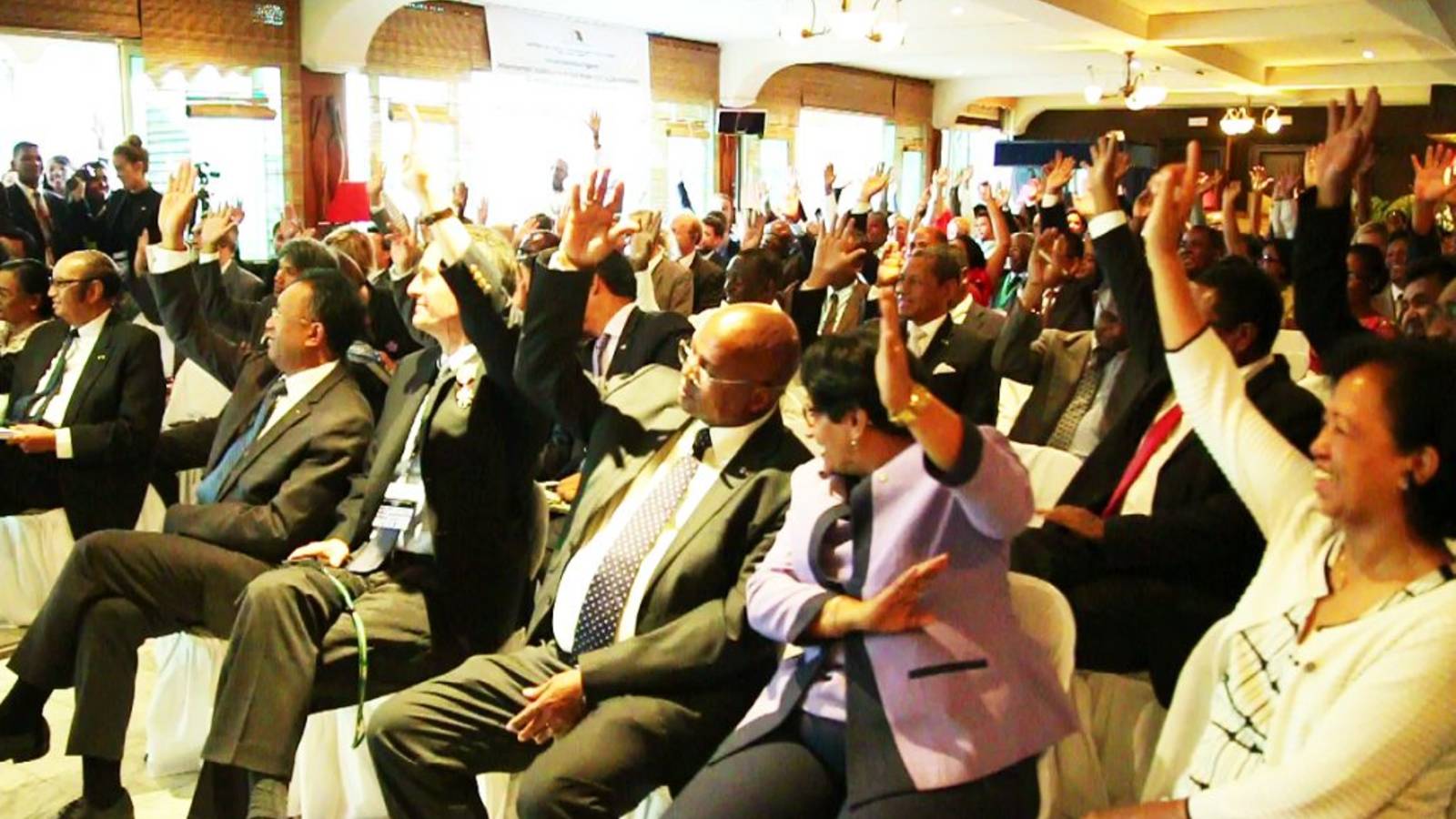 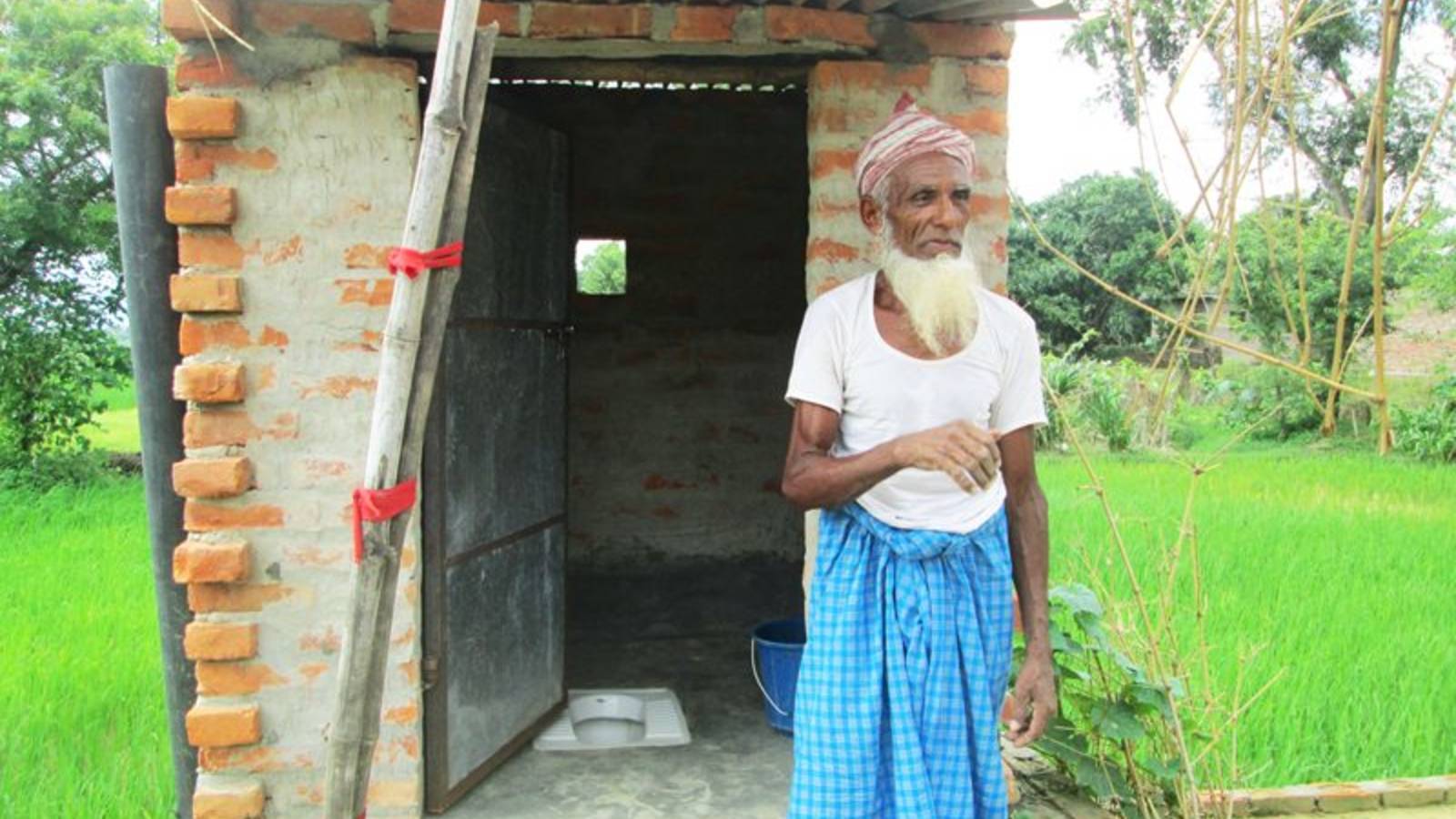 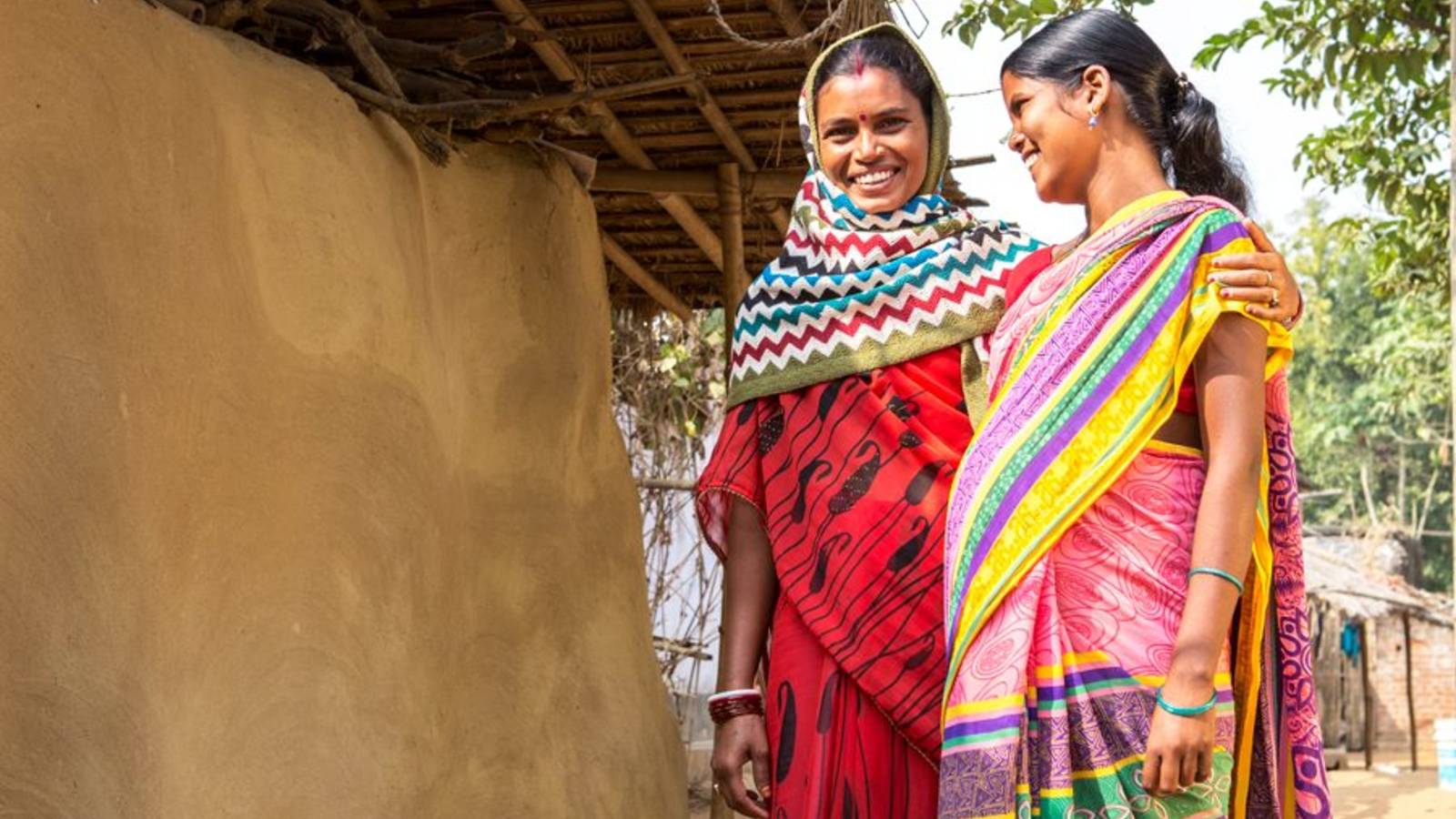 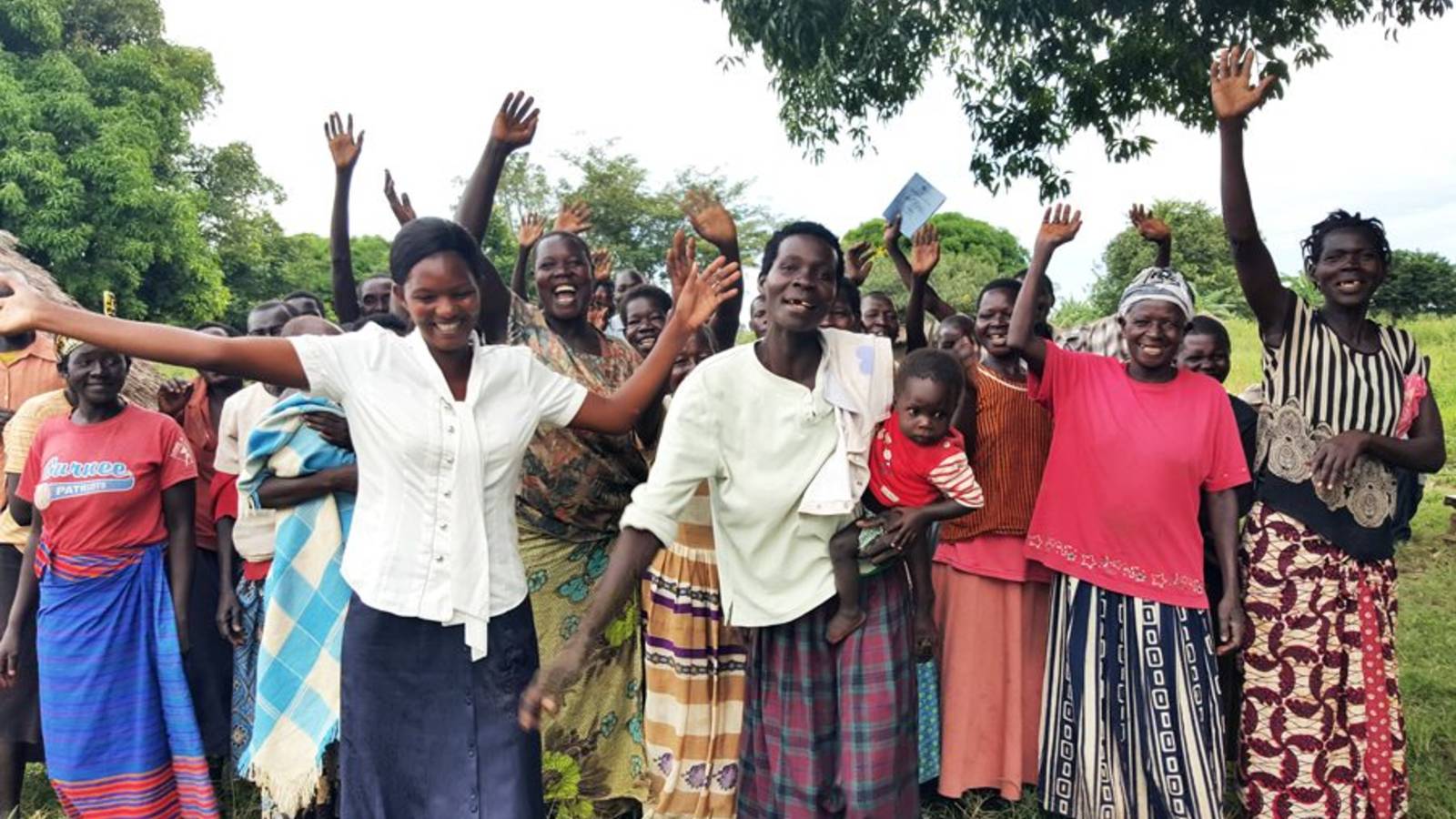 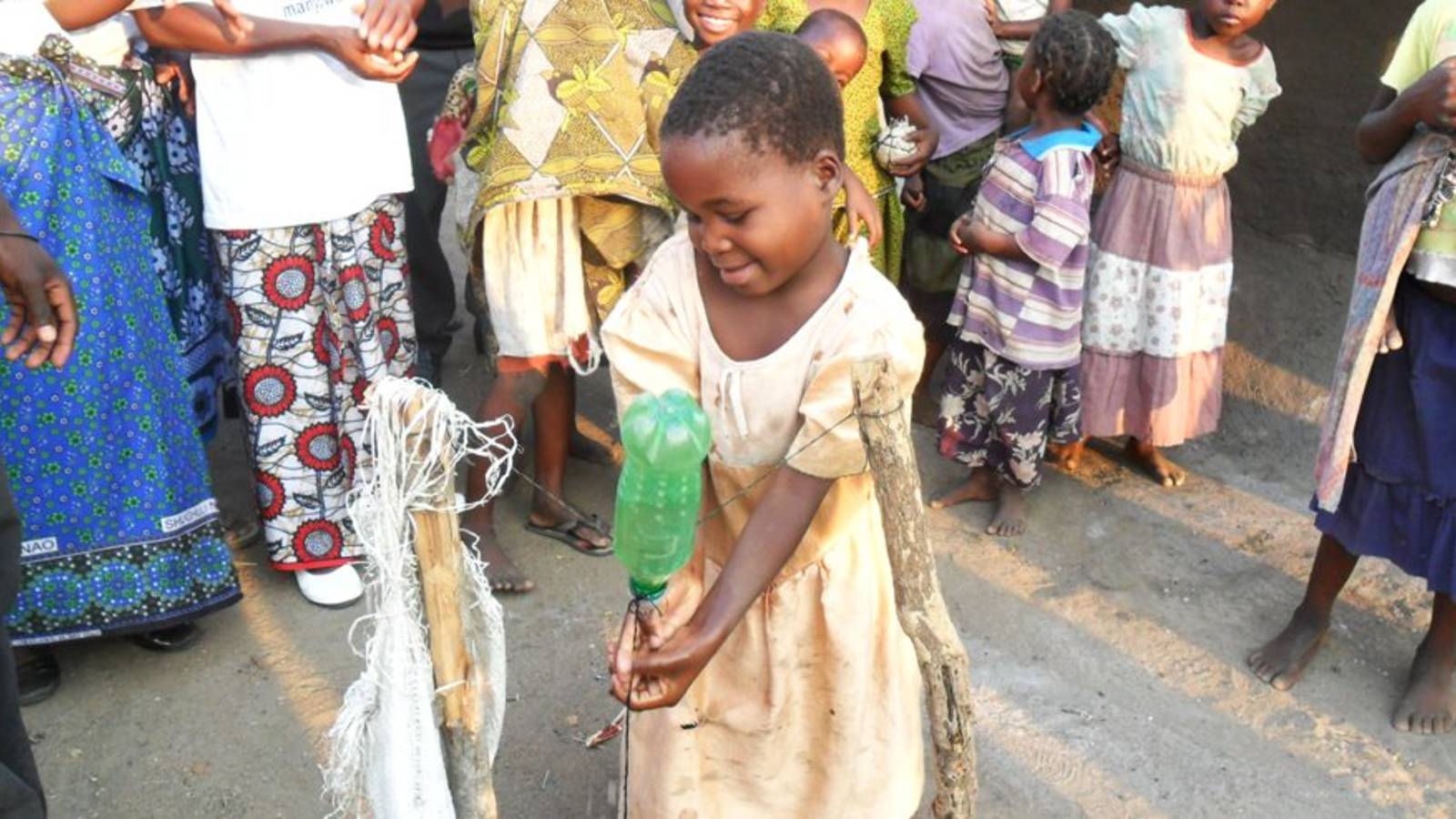 Among the many dimensions of the GSF are (in order of appearance): triggering leaders at the highest level of government; enabling the most vulnerable to improve their sanitation; addressing the needs of women and girls; igniting large-scale change in communities through CLTS; and promoting handwashing to prevent diseases and save lives. Credit: WSSCC

Boosting national efforts to achieve sustainable sanitation and hygiene for all

The report shows that in 2015, progress went beyond the numbers. Furthermore, the report presents the human aspect of the GSF – the diverse people and partners that are central to the Fund’s impact across Africa and Asia.

GSF-supported programmes in Benin, Madagascar, Nigeria, Togo and Uganda worked with in-country partners to accelerate the development of national sanitation and ODF strategies. In addition, significant progress was made in better addressing challenges related to sustaining ODF status and behaviour change, in-country innovations were developed and scaled up, and many programmes enhanced their implementation through national and international learning exchanges.

Following the devastating earthquake in Nepal, reprogramming of a portion of the GSF-supported programme’s funds enabled support to a coordinated national response. A ‘revive your toilet’ campaign in the three worst-affected GSF-supported districts mobilized volunteers to restore damaged latrines.

“The significant progress reported by the GSF shows that the Fund is strongly placed to contribute to several Sustainable Development Goals,” said Chris Williams, Executive Director of WSSCC. “The GSF is most strongly placed to help nations address the second target of Goal 6: achieving universal access to equitable sanitation and hygiene and ending open defecation, while focusing on the needs of women, girls and the most vulnerable. All of these aspects are central to the GSF’s work.”

Description
Following the earthquake in Nepal, reprogramming of a portion of GSF funds in the country enabled support to a coordinated national response. Photo: UN-HABITAT Nepal

Why sanitation and hygiene?

Adequate water and sanitation is both a human right and daily need for everyone. Despite this, improving sanitation and hygiene remains a challenge for 2.4 billion people, about a third of the world’s population. Poor sanitation and hygiene is linked to transmission of diseases such as cholera and diarrhoea, the latter of which is among the leading causes of death worldwide. The World Bank has also estimated that poor sanitation costs countries approximately $260 billion annually. Improved sanitation can prevent a significant amount of diseases, improve dignity and safety, and boost school attendance, particularly among girls. Furthermore, a WHO study calculated that for every $1 invested in sanitation, there was a return of $5.50 in lower health costs, more productivity and fewer premature deaths.

The GSF was established in 2008 by the Water Supply and Sanitation Collaborative Council (WSSCC) to help address the global sanitation and hygiene crisis. WSSCC is legally and administratively hosted by the United Nations Office for Project Services and chaired by Amina J. Mohammed, Nigeria's Environment Minister and the former Special Adviser to the UN Secretary-General on Post-2015 Development Planning.

The GSF is the only global fund solely dedicated to sanitation and hygiene, supporting national sanitation programmes that are community-based and government-supported. Across these countries, diverse networks of stakeholders include households, communities, natural leaders, national coalitions, local governments, community organizations and champions, NGOs, academic institutions and local entrepreneurs. These stakeholders form vibrant movements, working together to create the conditions for millions of people in their countries, and tens of millions across the globe, to enhance their sanitation and hygiene.

Description
Monitoring, verifying and reporting on sanitation improvement is central to GSF-supported programmes. The GSF continues to support the enhancement of national and global monitoring and verification systems, to ensure sustainable development objectives are achieved and no one is left behind. Credit: WSSCC/Javier Acebal

The GSF‘s people-centered approach engages households in thousands of villages, enabling people to make informed decisions about their sanitation and hygiene behaviour that can positively impact their health, education, income, productivity and dignity.

“As highlighted in the report, the GSF is well positioned to play a central role in supporting global investment needs for sanitation and hygiene,” said David Shimkus, the GSF’s Programme Director. “As a multi-donor trust fund, the GSF over the next 15 years will build upon the knowledge and experience gained to further accelerate access to sanitation for tens of millions of people. Efforts will be made to boost the capacity, innovation and results of country programmes, as well as to further strengthen monitoring, evaluation and learning systems.”

The Governments of Australia, Finland, the Netherlands, Norway, Sweden, Switzerland and the United Kingdom have contributed to the GSF since its establishment in 2008. Over $112 million has been committed across 13 countries.

Download the 2015 Progress Report to read more about the GSF’s results, impact and activities