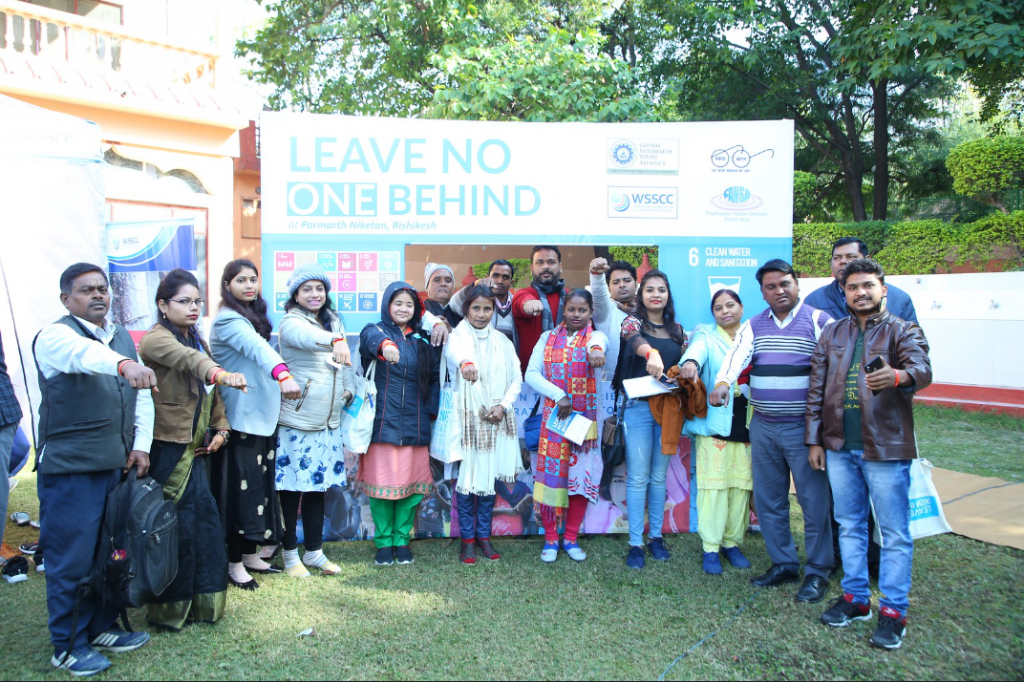 RISHIKESH, India, – A growing sense of exclusion from the rest of the community is palpable as hundreds of marginalized people in India speak openly about the availability of toilets and menstrual facilities and matters of water management provided under the nation’s Swachh Bharat Mission.

“People feel that we are Dalits, and we have no existence in this society,” said Arun Kumar, referring to the discrimination experienced by the lowest social group in the Hindu caste system also known as untouchables.

More than 140 people representing disadvantaged communities from across India met in Rishikesh, a city located at the foothills of the Himalayas in northern India, between 16 and 18 December 2019. 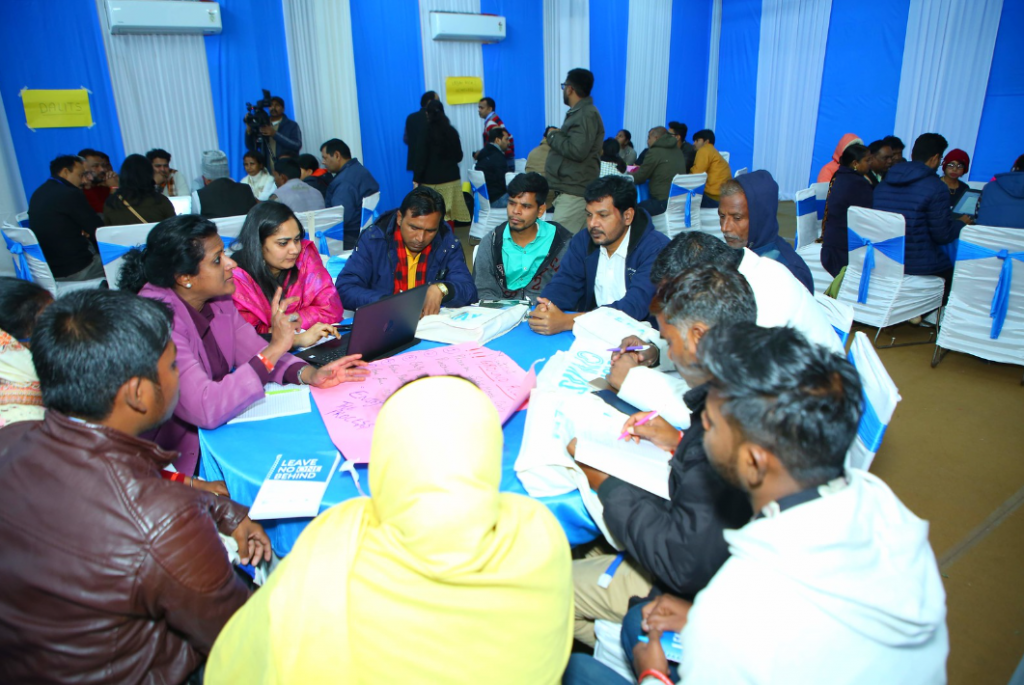 Discrimination against these vulnerable groups has pushed them to the margins of society where access to clean water, toilets and menstrual facilities is difficult and often non-existent.

The three-day workshop – convened by the Global Interfaith Wash Alliance in partnership with the Freshwater Action Network South Asia (FANSA) and WSSCC – provided a forum to discuss the sanitation and hygiene challenges still confronting millions of the country’s most vulnerable people. 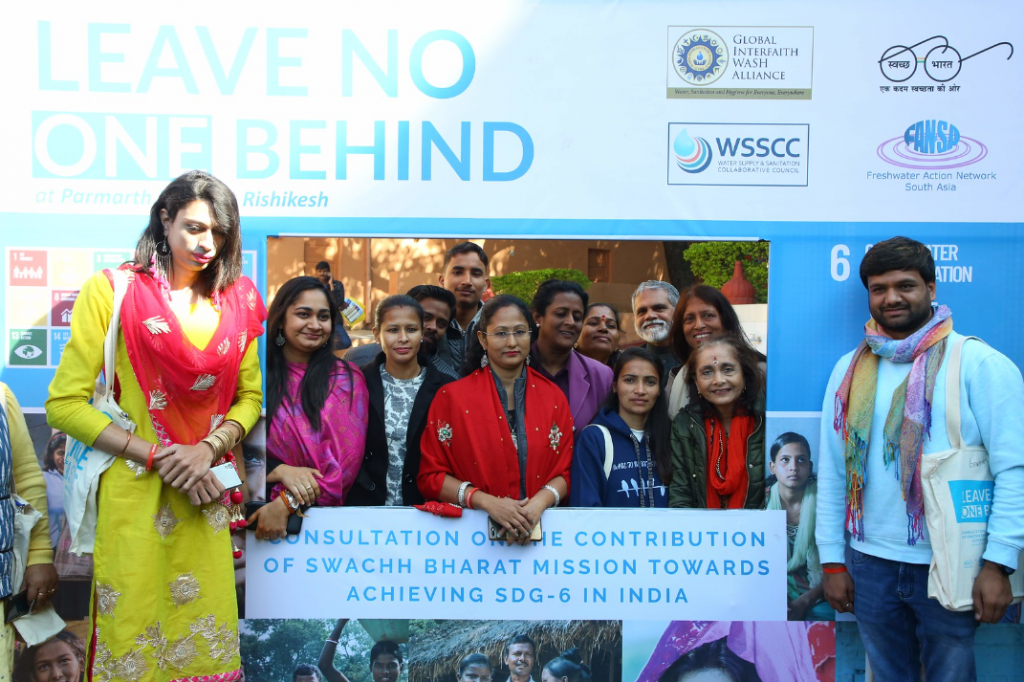 Martha Hansda from the handicapped community asked for every new policy to include the needs of people with disability.

“If you take the example of the toilets being built, they neither have provisions to accommodate wheelchairs, nor proper commodes for seating. We discussed all of this at the workshop yesterday. Hopefully, it will help change things.”

Martha also made her case for women with disabilities facing more difficulties during menstruation, saying that “The government not only needs to build toilets keeping disabled people in mind, but also needs to build period-friendly toilets for them.” 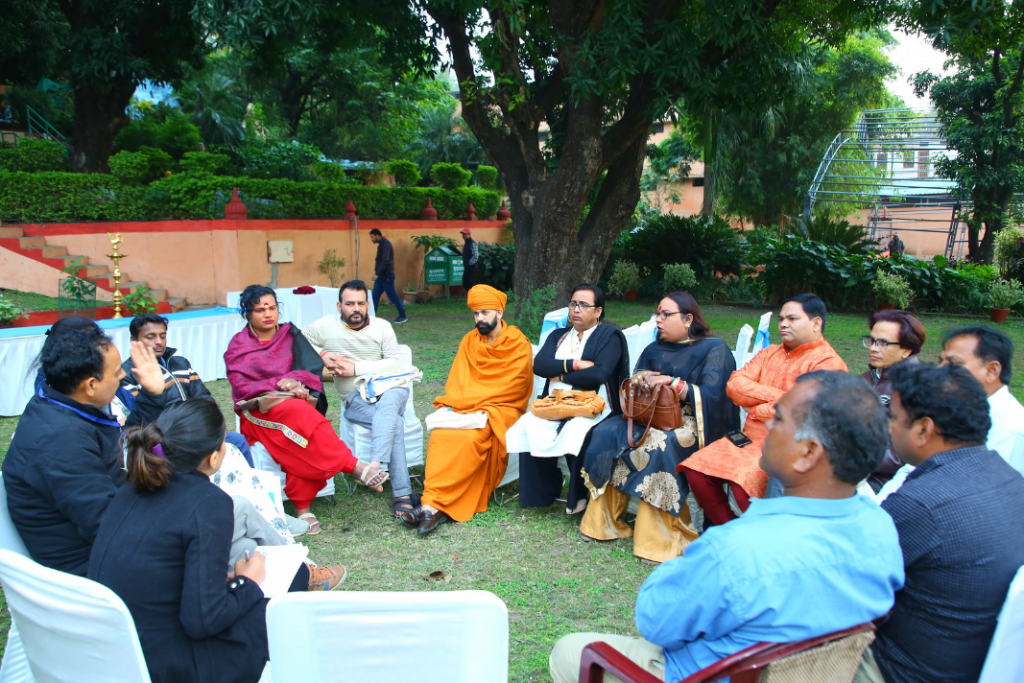 Tusshar Ghorke of the urban poor and homeless community described the “filthy” condition of a toilet shelter in the night shelter he lives. “If someone spits there, or throws dirt – there are no cleaning facilities, yet at the same time we are also told how we will conserve water.”

“If the government provides proper facilities, keeping sanitation in mind, then people will not actually discriminate against us,” he said.

Smita Kamble agrees with the situation in the night shelter, where “no efforts are made to keep it clean and hygienic.” “When it comes to menstruation, women at the grassroots do not have money to buy even sanitary pads, and public toilets remain closed at night,” she said. 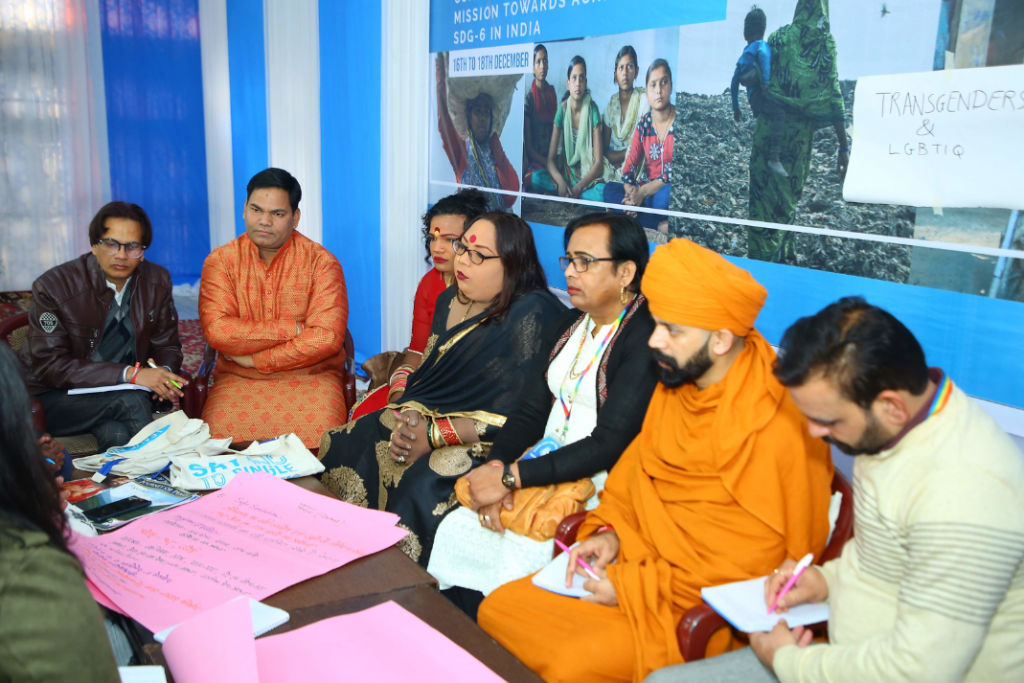 Listening to the problems faced by disadvantaged communities, WSSCC Technical Expert Enrico Muratore emphasized the need to understand what the voiceless and the invisible have to say, learn from each other, identify solutions, and move forward together.

“By facilitating their participation in this workshop, we give them a chance to convey their concerns to the government, and this should be systematized at the various levels of local government as well so that solutions can be found collaboratively,” Mr Muratore said.

The consultation also offered an opportunity for sex workers to explain the issues they face in society.

“I am a sex worker by profession,” said Sultana, “and therefore, society treats us as outcasts. When we talk about menstruation or hygiene, people think “it is a sex worker, your opinions don’t matter.”

Sultana requested that those with the task of constructing toilets conduct more thorough surveys to include sex workers in their interventions. “The government needs to rehabilitate us so that our lives are better. We also have many incidents of violence with us, and when we go to the police, they do not even file a complaint. They say that you are a sex worker, what should you complain about?" 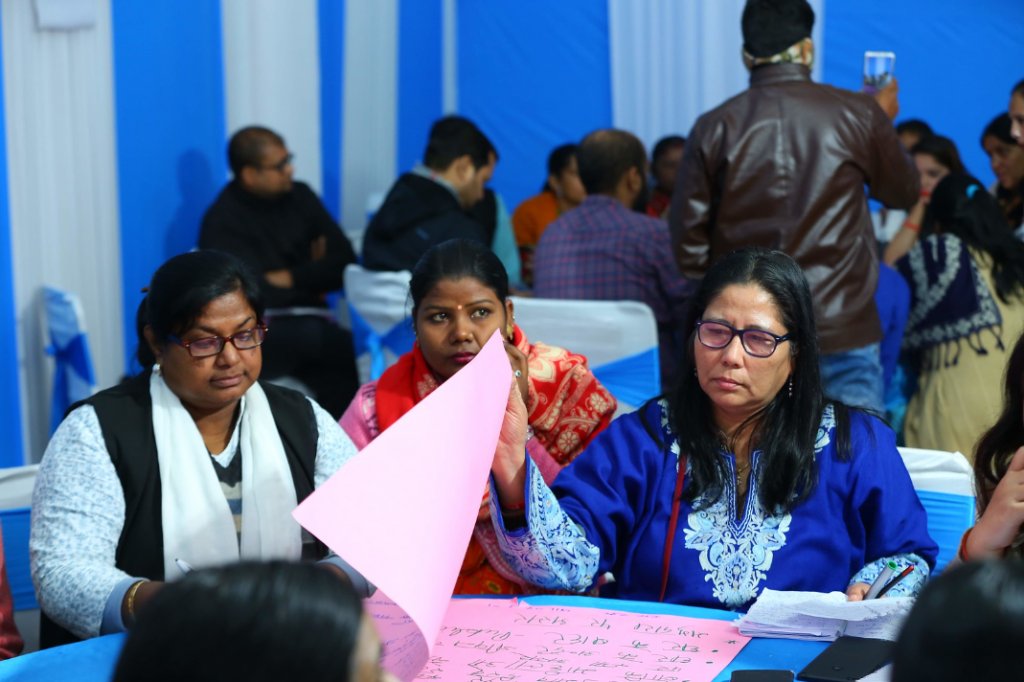 Some of the sex workers said that even scavengers discriminate against them by not picking up their garbage for fear of finding condoms in it.

“The matter of a toilet comes later,” says Neetu of the transgender community. “First of all, we have no identity. We do not have any documents. How can we talk about toilets when we don’t have our own houses?” 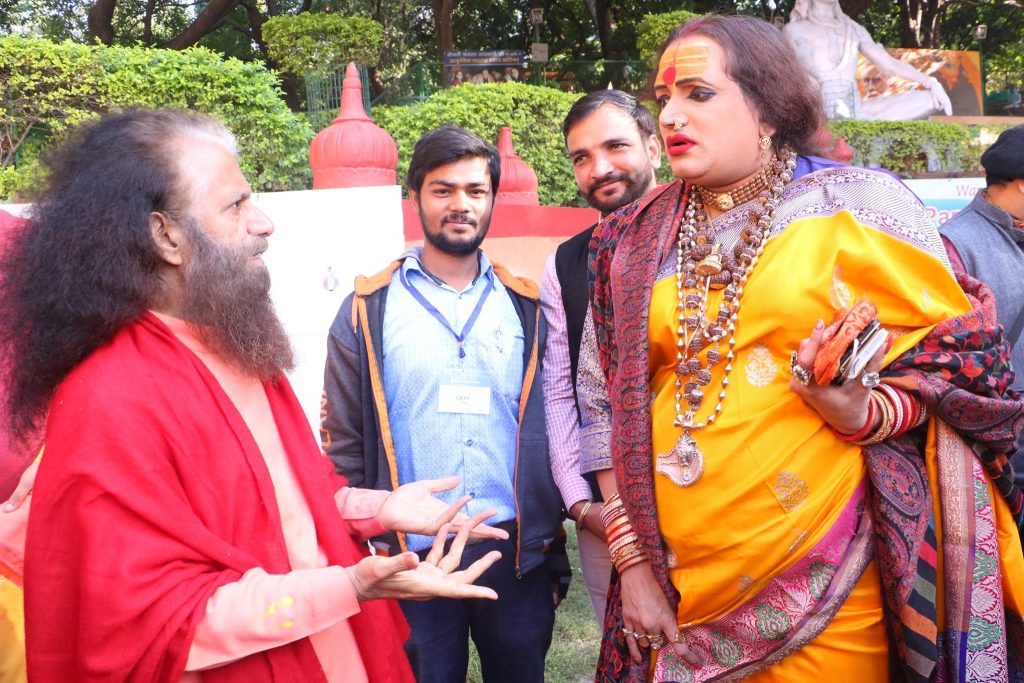 According to Mr Muratore, whatever the problems of these communities from different parts of the country, they will be identified and communicated to the government for consideration. “India will report to the High-Level Political Forum in New York in July, and for us, the most important is that the most vulnerable groups are taken in consideration in government planning, monitoring and reporting, to make sure no one will be left behind,” he said.

Indrajit Kumar, Assistant Registrar (Law) of the National Human Rights Commission told the participants that the “Leave No One Behind” consultative workshop in Rishikesh marked a new beginning. “Today people are openly speaking, and this is the beginning of change,” he said.

“The government is making every effort to reach to the last toilet and clean water,” said Anil Sharma of the Ministry of Drinking Water and Sanitation. “Whatever problems the people present here have mentioned, they will be addressed. 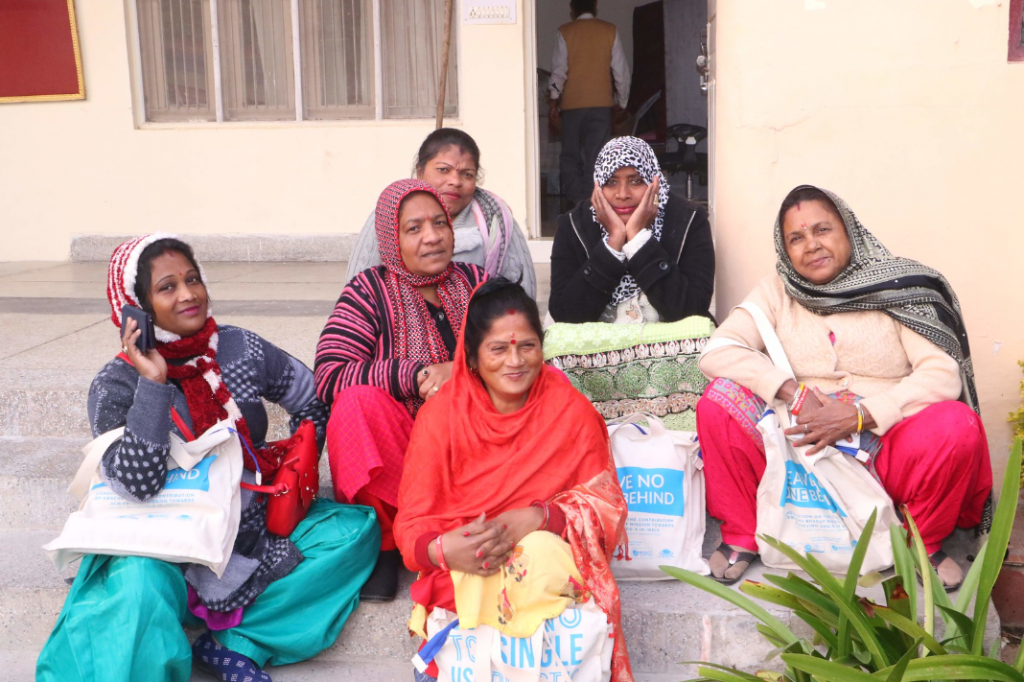 “The way in which you all have raised your voice is a sign of change for the time to come,” he said.

On this occasion, a menstrual lab was conducted outside the workshop to inform women participants about menstrual health. Among the topics of discussion were the taboos associated with menstruation, the use of biodegradable sanitary pads, as well as alternatives to pads such as menstrual cups and tampons.