Story
After her leg was amputated, one of the most difficult adjustments that Ms Christine Silate had to make was to take care of her personal needs.
By
Sheba Odondi

Christine lives at a Kenyan village, known as Bondet B in Narok South District. At first, her diabetes had not greatly impacted her daily life. But when a sore on her foot would not heal, doctors were forced to remove her leg surgically.

“We had to make a lot of adjustments in our daily lives to accommodate my disability,” she said.

Getting around in hilly terrain was particularly challenging, and Christine’s husband, Paul Kipkorir Keter, would occasionally have to resort to carrying his wife on his back when she needed to go somewhere.

Since her surgery, she has been unable to use the latrine with only one leg. Nor could she wash her hands, because the handwashing station had been designed to be operated by foot.

Her husband had been involved in the education and sensitization sessions that were conducted when the village was seeking to achieve open defecation-free (ODF) status and was well aware of the importance of sanitation and hygiene. 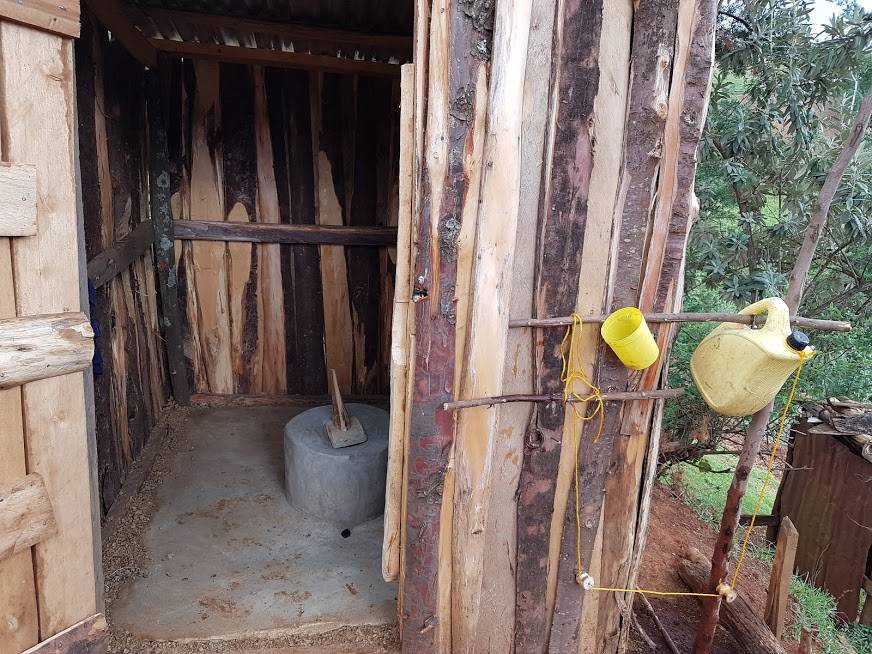 Because he understood the need for equal and non-discriminatory access to safe sanitation for everyone, including the disabled, he immediately set about finding a solution for his wife.

With the help of a trained artisan, Paul built a raised latrine for Christine where she could sit comfortably despite having only one leg. He then went on to devise a hand-operated washing facility which the villagers have dubbed the “Keter handwashing facility”.

Thanks to the work that has been done to raise awareness around sanitation, the community feels empowered to create their own solutions and ensure equal access to safe sanitation for everyone, including those living with a disability.

Ensuring that everyone can use sanitation facilities comfortably and with dignity has made a big difference to Christine, and she says that she is happy that now she can once again take care of her personal needs without needing to get assistance from anyone.

Read more about our Leave No One Behind in WASH series.

Madagascar schools weigh in on the reopening amid hygiene fears

Nielsen Andrianomenjanahary, a student at a public higher education institution, fears his school could become a hotspot for the...