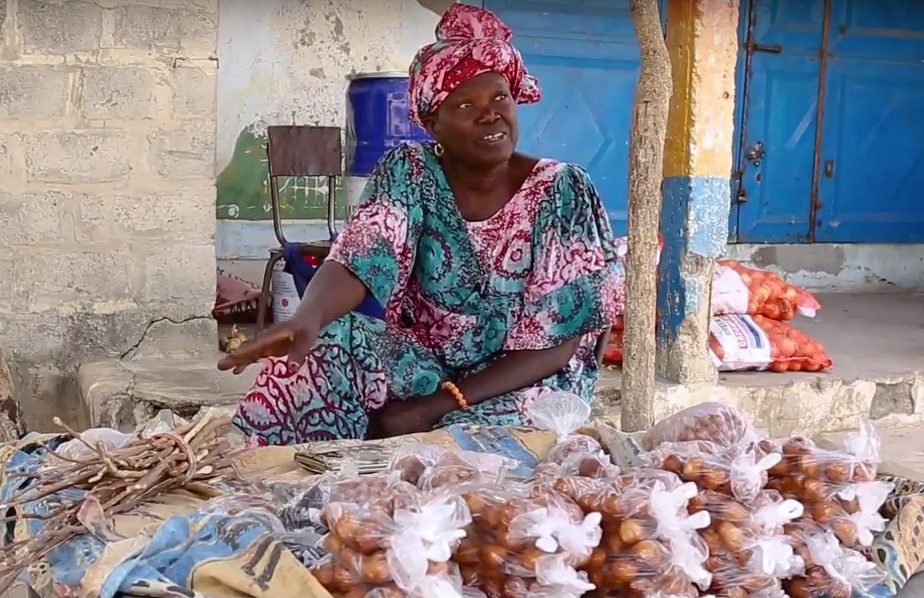 Rockaya Aidara is a policy specialist at WSSCC managing the WSSCC/UN Women Joint Programme on Gender Hygiene and Sanitation.  Previously, she worked with UN Women and the International Panel on Climate Change (UNIPCC)

As May 1st marks Labour Day, attention must be drawn to women in the workplace and the many barriers they face due to the lack of adequate access to sanitation.

One third of the world’s population – some 2.4 billion people - have poor access to water, sanitation and hygiene (WASH), despite the United Nations General Assembly’s adoption of two resolutions in 2010 and 2015 that recognize the human rights to water and sanitation.

The December 2015 resolution placed particular emphasis on sanitation, which did not receive dedicated attention during the course of the Millennium Development Goals.

Sanitation is often neglected unless addressed as a separate right, even though it is a component of the right to an adequate standard of living. The 2015 resolution also calls upon states to promote women’s leadership and their full, effective and equal participation in decision making on water and sanitation management, and to ensure that a gender-sensitive approach is adopted in water and sanitation programmes.

Many women in the South work in the informal economy with little or no access to reliable paid work, pension provision, social protection or health care. They are active in home-based work, in markets and trade, fields and in the waste sector. They face a number of barriers due to their roles and responsibilities associated with the socioeconomic hierarchy, which limit their economic empowerment. This leaves women at greater risk of falling into or remaining in poverty, experiencing workplace violence and discrimination, and being unable to fulfil their economic rights.

Under the framework of the Water Supply and Sanitation Collaborative Council (WSSCC)/UN Women Joint Programme on Gender, Hygiene and Sanitation, interviews were conducted during 2016 with women working in marketplaces in West and Central Africa. They voiced their concerns about the lack of sanitation facilities and the negative impact on their productivity, in particular during menstruation.

Public toilets, even when available, are often unsanitary and poorly maintained. Without access to toilets, women and girls develop coping strategies: they eat and drink less, and have to defecate in the open, hiding wherever they can. They also stop working during menstruation. Another research team noted that during menstruation the lack of facilities exacerbates anxiety and stress and increases their vulnerability.

In Southeast Asia, the financial cost of inadequate workplace environments for menstrual hygiene management was assessed in a four-country study analyzing the economic impact of sanitation.

Around a quarter of all workplaces did not have toilets in Cambodia, and around 14 per cent of workplaces had inadequate toilets in the Philippines. In Vietnam, around 3 per cent of health stations and 74 per cent of marketplaces had no toilets. Assuming women employees were absent for one day a month due to a lack of WASH facilities during their menstrual period, the study estimates more than 15 million workday absences in the Philippines and Vietnam combined and corresponding economic losses of millions of dollars.

The question of menstrual hygiene management has been woefully neglected in the past, even though a woman menstruates on average during more than 30 years in her lifetime. Policies have failed to address this critical stage of women’s and girls’ lives. Toilets are built without taking their specific needs into account. To safely manage menstruation, women and girls first need information before the onset of menarche to understand the biological phenomenon and to manage it safely and with dignity. They also need services and infrastructure; in particular private, clean and equipped spaces where they can change and wash, and dispose of sanitary materials safely and discretely.

A safe work environment should include access to these services as a critical component of a decent work environment, as outlined by the International Labour Organization. Private sector companies have a role to play alongside governments as main providers of social services and social protection. While menstrual leave policies are under discussion in some Asian and European countries, it is critical to develop safety regulations and standards for WASH in both the formal and informal workplace, to ensure that women have access to toilets that are adequate for the management of menstruation. Even more critical is the enforcement of these regulations.

In the era of the Sustainable Development Goals (SDGs), as we look towards universal access to WASH services, public places and work environments should be seen as strategic locations to deliver these services. Improving access to WASH in the workplace will be beneficial for all: for women’s and girls’ rights to health and to an adequate standard of living as well as for their productivity and increased participation, and for men and boys who will also benefit from a better work environment. Ultimately such measures would significantly contribute to achieving access to adequate and equitable sanitation and hygiene for all and end open defecation, paying special attention to the needs of women and girls, and those in vulnerable situations, as outlined in SDG 6.2.

The Joint Programme on Gender, Hygiene and Sanitation is designed and implemented by WSSCC and the United Nations entity for Gender Equality and the Empowerment of Women (UN Women). The programme supports governments in the formulation of evidence-based and inclusive policies that address the fulfilment of women and girls’ human rights to water and sanitation. It has been piloted in three countries: Cameroon, Niger and Senegal from 2014 – 2017, and works with the Economic Community of West African States (ECOWAS).

Best Practices of the Joint Programme on Gender, Hygiene and Sanitation