Editor’s Note: For the last month, the Freshwater Action Network South Asia (FANSA), WaterAid and WSSCC have facilitated national level consultation meetings with marginalized communities to identify key issues and messages to be represented at SACOSAN, the South Asian Conference on Sanitation and Hygiene, which takes place 10-14 April 2018 in Islamabad, Pakistan.

Editor’s Note: For the last month, the Freshwater Action Network South Asia (FANSA), WaterAid and WSSCC have facilitated national level consultation meetings with marginalized communities to identify key issues and messages to be represented at SACOSAN, the South Asian Conference on Sanitation and Hygiene, which takes place 10-14 April 2018 in Islamabad, Pakistan. This blog provides insights on the consultation in Bangladesh.

Bangladesh is rapidly being urbanized and it is estimated that by 2030 almost half the country’s population will be living in urban areas. This eventually will increase the number of low income communities living in urban areas commonly known as ‘slums’.  Slums in the cities of Bangladesh generally lack basic amenities and it is also very hard for people living in these areas to get access to basic services like safe water and sanitation.

Keeping the upcoming SACOSAN VII in mind, FANSA Bangladesh, in collaboration with WSSCC and WaterAid organized a consultation meeting with homeless, urban poor/slum dwellers to understand the sanitation situation and needs for improvement from their perspective in their own voices. People were also present from the NGOs/civil society organizations in the consultation meeting, so a wide range of views and recommendations were sought on varied topics including present situation, policies and recommendation for improvements.

The participants acknowledged that there have been improvements in services as well as awareness of sanitation and hygiene related issues in the urban slums in the last two years.  Recently constructed sanitation infrastructure is more durable and includes various amenities such as water, handwashing facilities, lighting, and Menstrual Hygiene Management facilities for women and girls. Open defecation has significantly decreased. Women and girls are using more hygienic products like sanitary napkins to manage their menstruation.

In general, the awareness of the slum dwellers on hygiene has improved significantly as services become more available. N.M Solaiman Kabir, Executive Director, SPACE, said that “Sanitation infrastructure provided by NGOs tends to be well maintained as long as the NGOs are operating in those areas. However, the operation and maintenance becomes difficult once the NGOs exit, handing over the management of to the community based organizations.”

Despite improvements in the sanitation situation in the slums, not everyone has proper access to sanitation; people queue for a long time to use toilets in some congested localities. Multiple users and poor operation and maintenance mean the toilets are often dirty and unhygienic, exposing the community members to health risks. For this, the participants in the meeting were clear in recommending that toilets should be given on a family basis and if it is not possible to provide for each family, then one toilet should be given to two families so that they can share the burden of keeping it clean and functional. They also aspire to have own homes which have proper sanitation facilities.

The participants clearly stated that fecal sludge management is a problem, as it is very difficult to transport the sludge because of the narrow roads. Also, they face problem in disposing the sludge as there is no designated place for disposal of sludge. There are also differences between ‘public’ and ‘private’ slums. If the sanitation facilities are improved in the private slum by any service provider, then the owner increases the rent and the poor cannot afford the rent anymore.

Rebeka Sanyet, Executive Director, CUP, stated that “In ‘public’ slums, there is always a fear of eviction that makes poor people reluctant to improve the sanitation facilities by themselves. So, even if there is a ‘willingness to pay’ for improvements in sanitation services, they are reluctant to do it.”

Golam Muktadir from the Public Health Engineering Department explained the steps that government is taking to resolve the sanitation issues of the country and especially those related to urbanization. The government has several projects to support municipalities to improve the water and sanitation situation including fecal sludge management.

The participants had a very clear message to the policy makers, “Our voices need to be heard by the government - the policy makers and the development partners need to invest time to listen to us and to our recommendations. We need permanent housing with safe sanitation.” Developing specific plans for providing permanent safe housing with adequate and sustainable safe sanitation and hygiene facilities to the homeless, urban poor/slum dwellers must be a priority with the government of Bangladesh, as 6.4% of the country’s population lives in urban slums. This will help the country significantly in realizing SDG 6 targets. 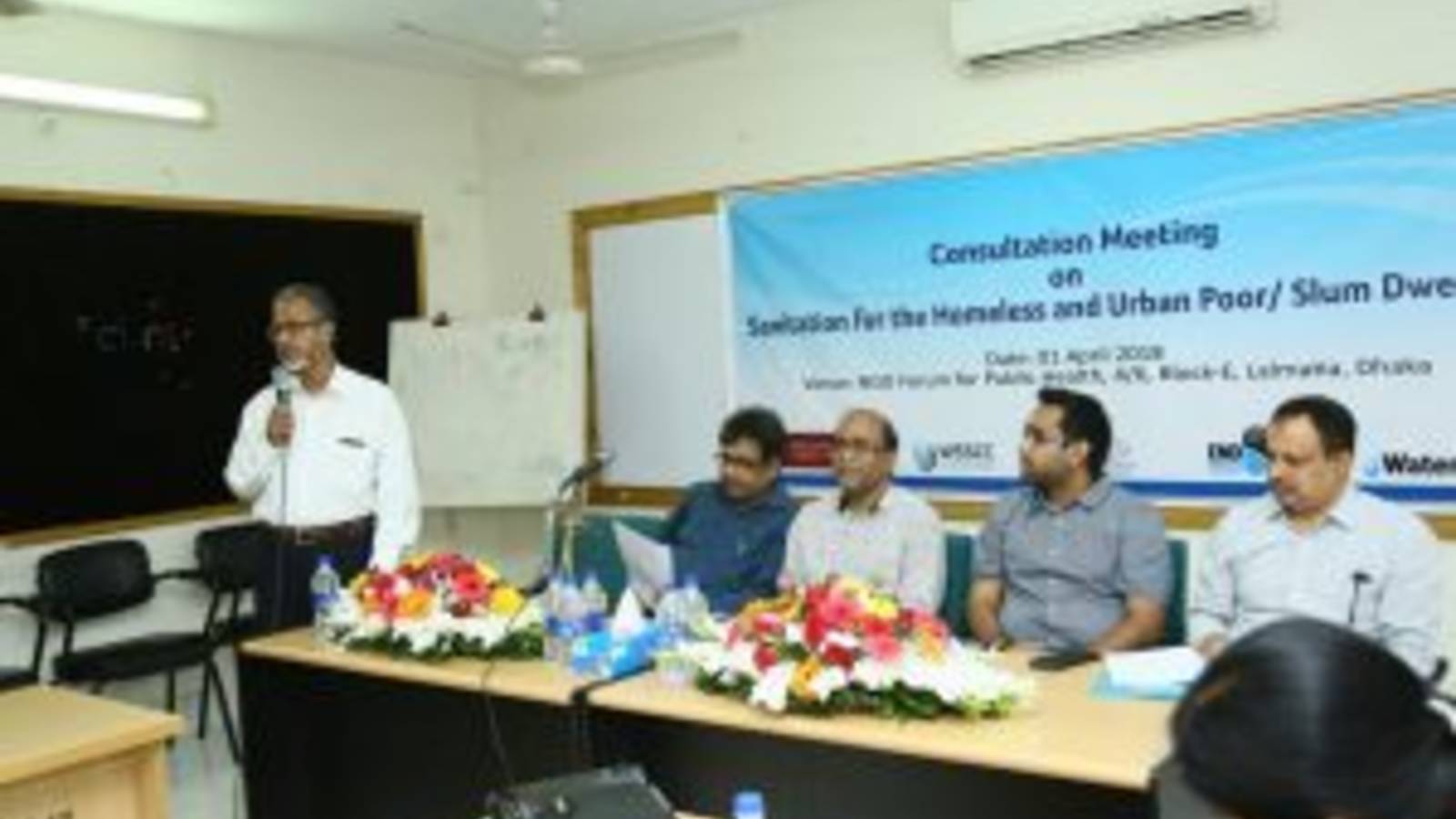 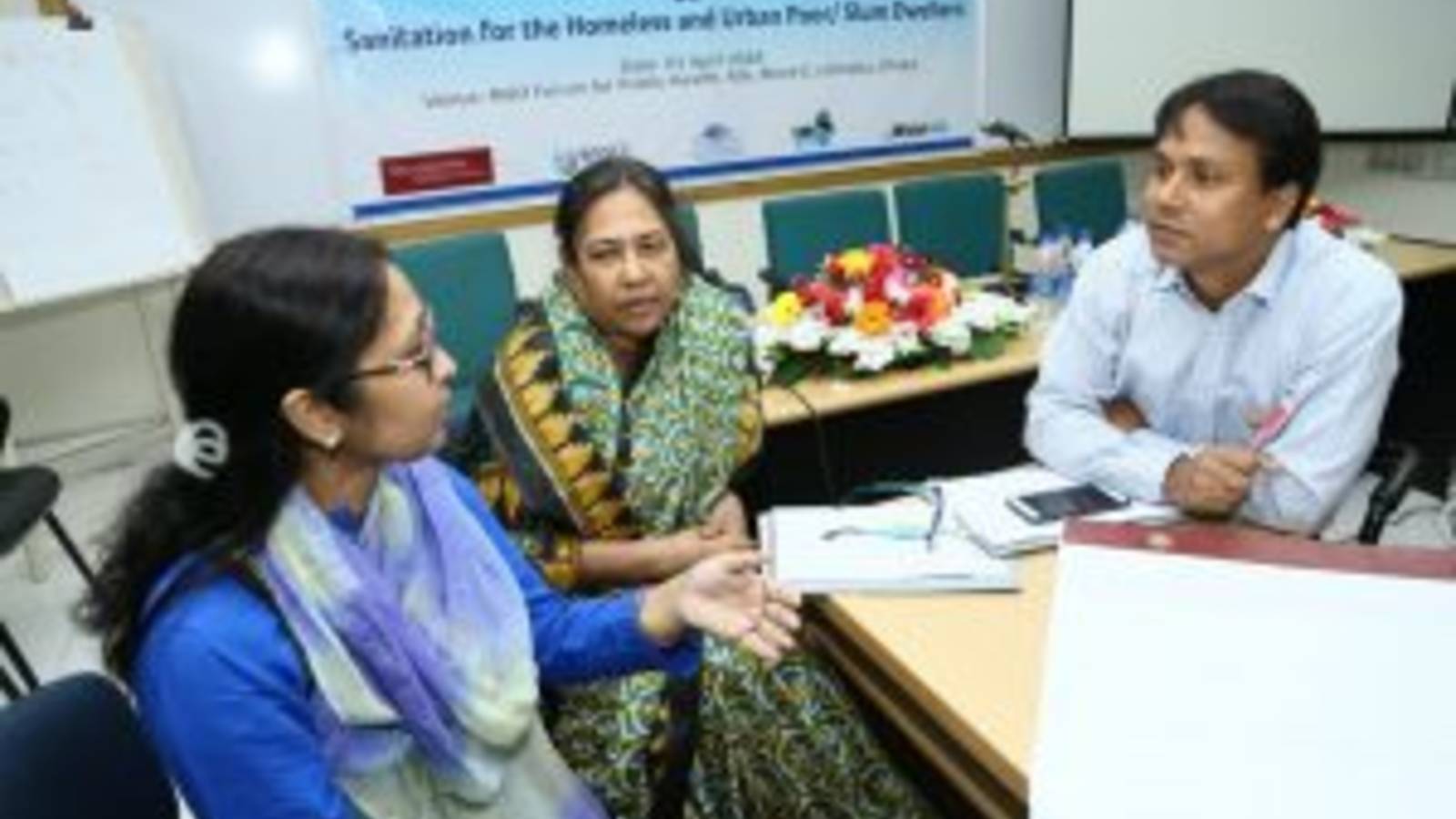 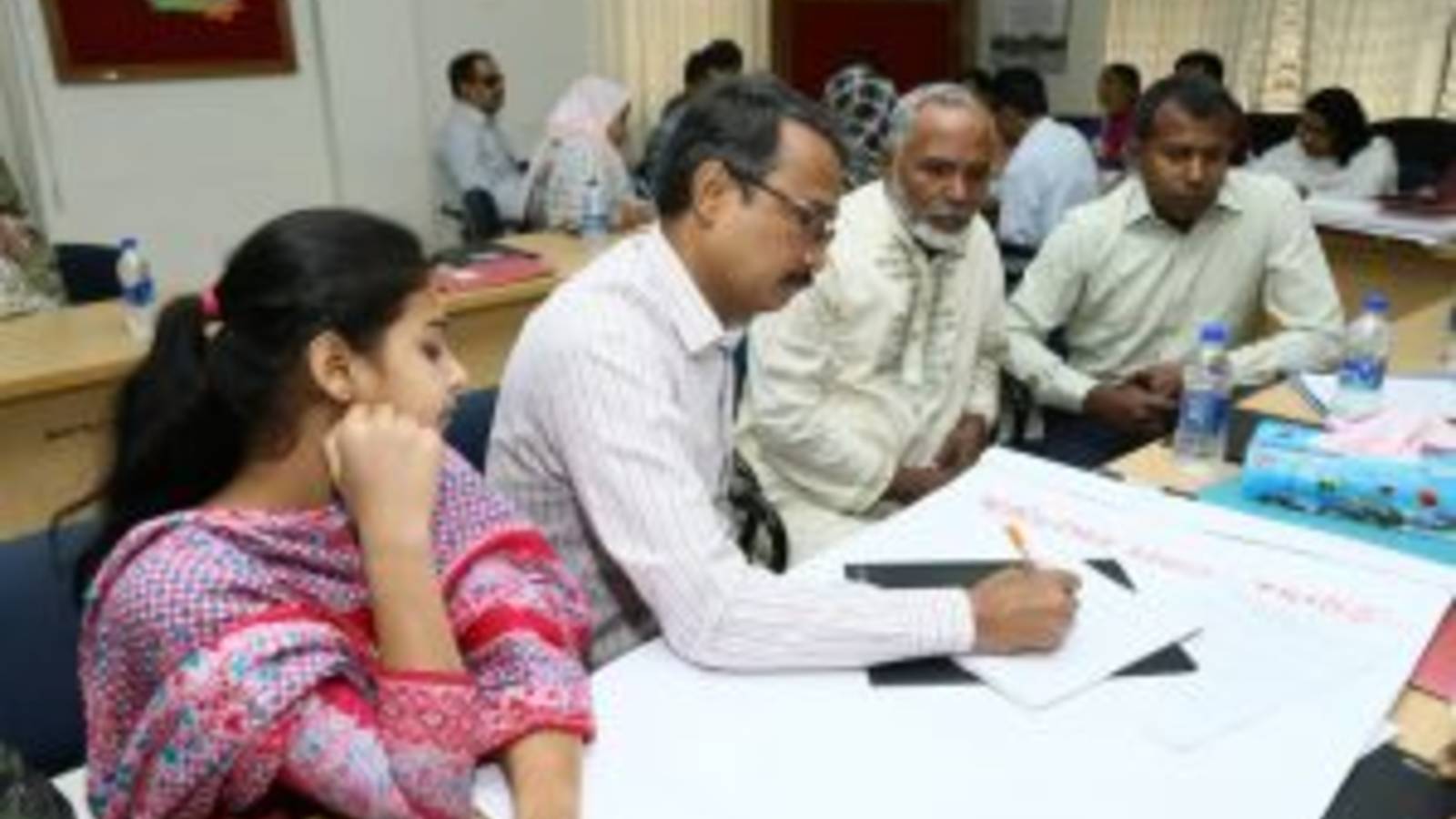 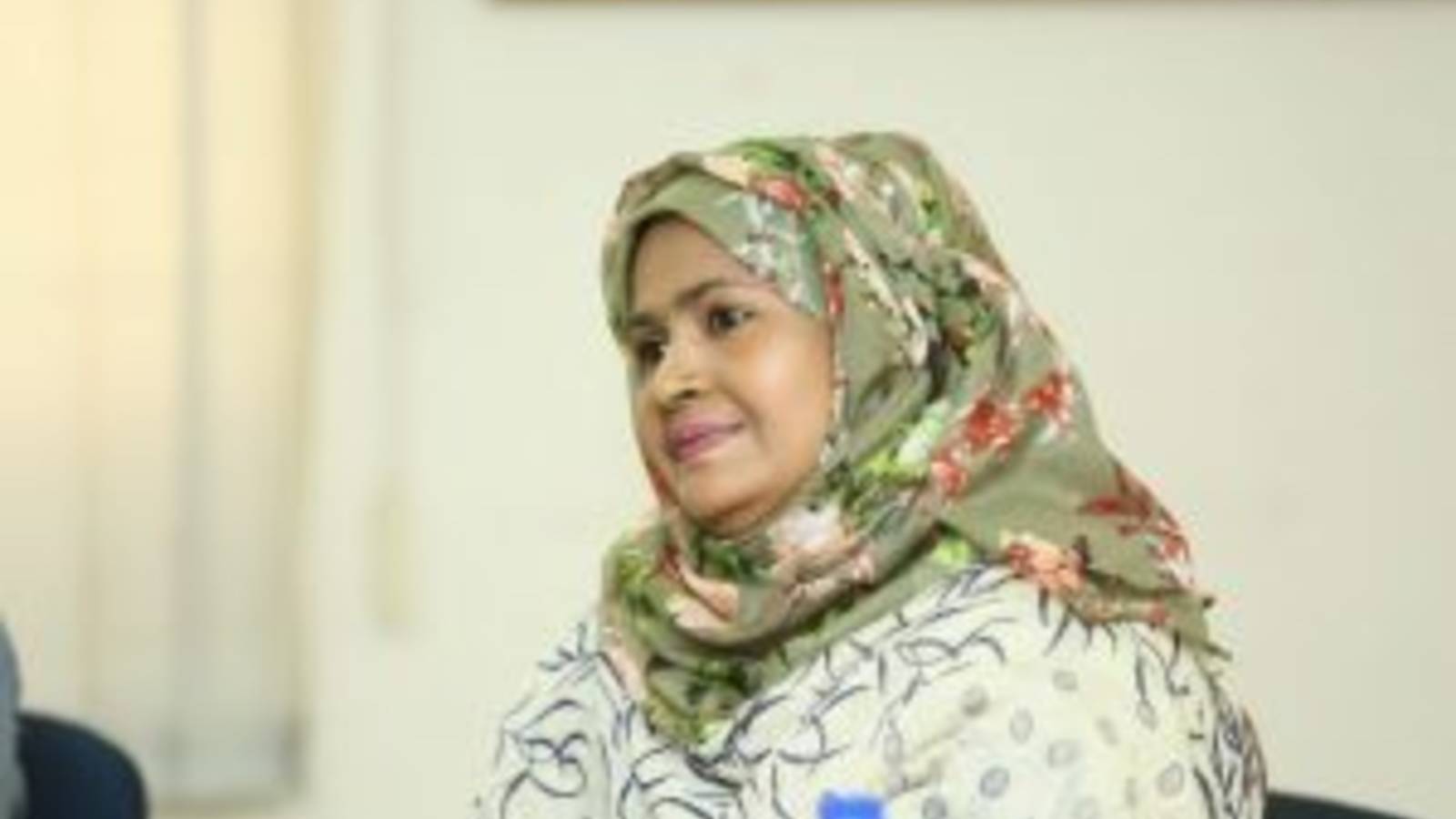 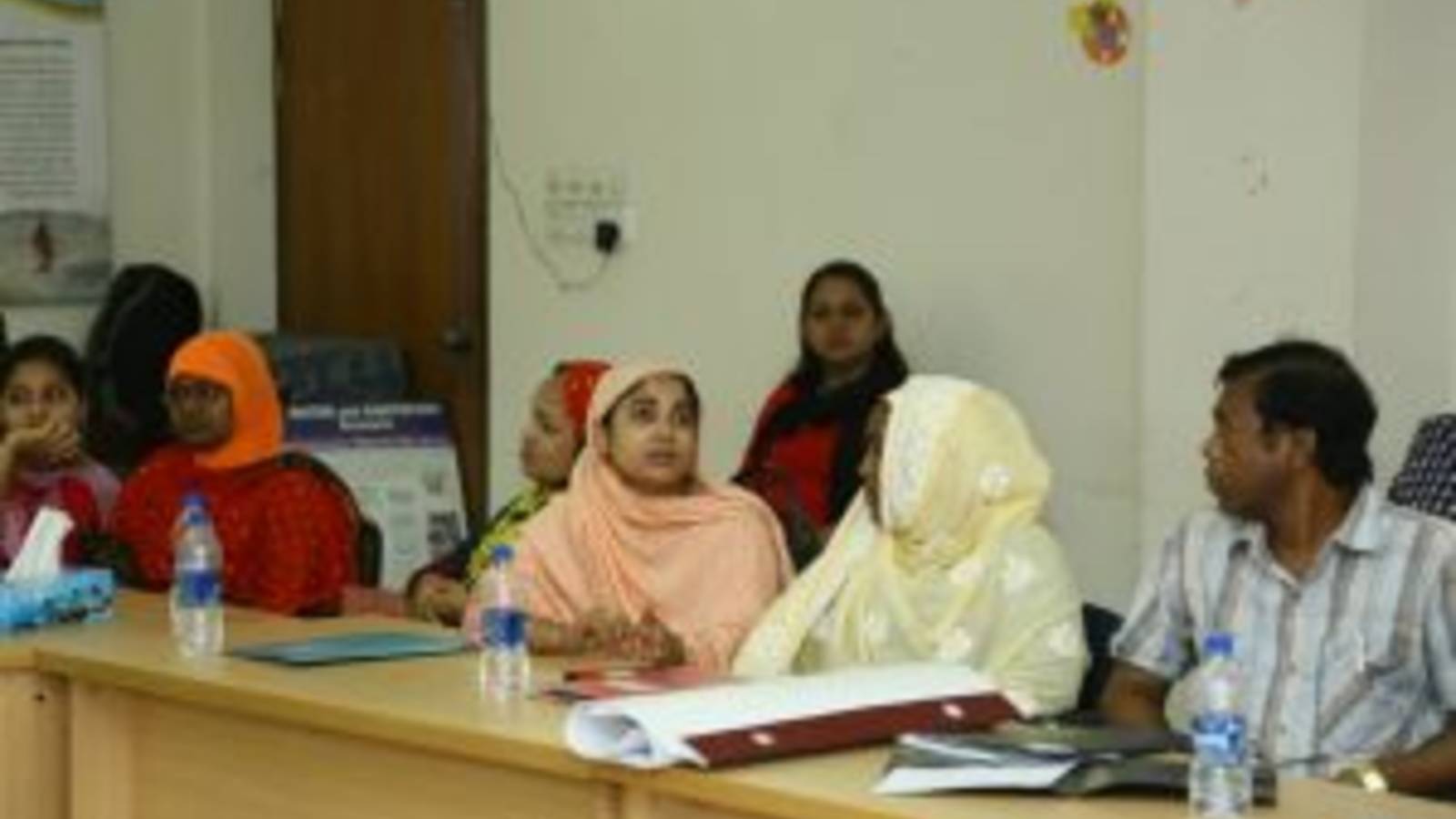 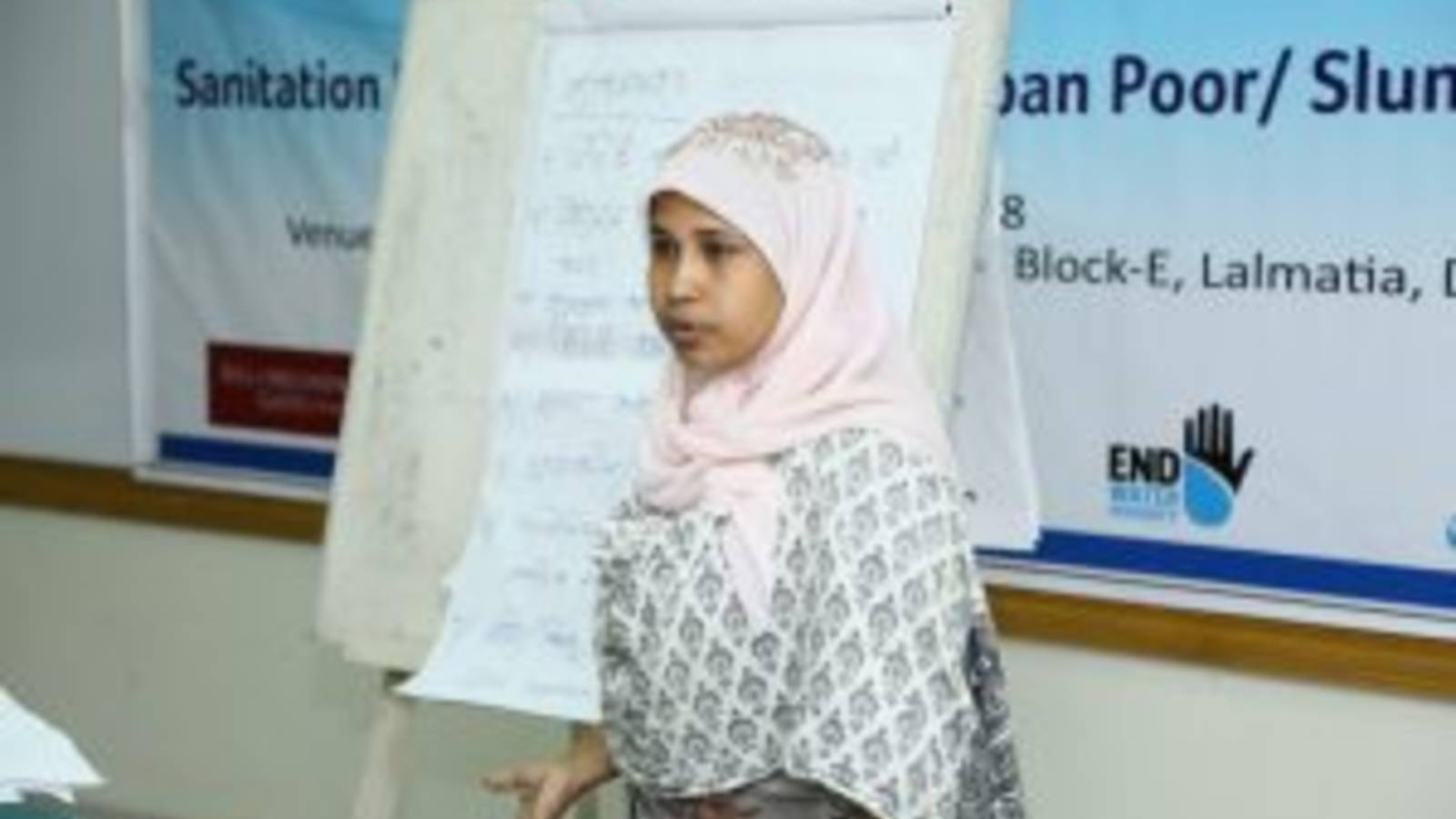 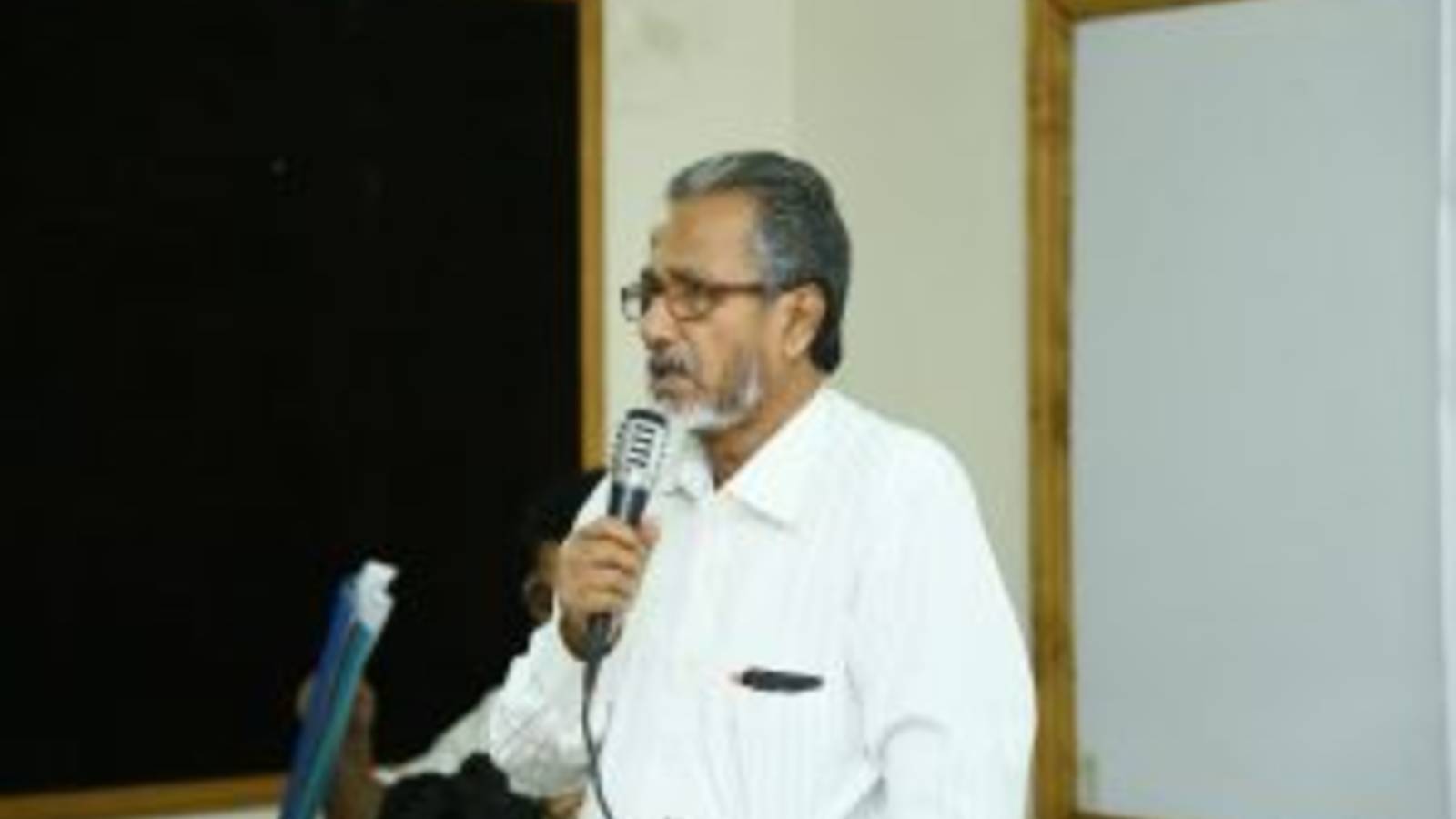 Ensuring dignity for menstruating women and girls with disabilities in Tanzania

Attended by representatives from organizations under the auspices of the Tanzania Federation of Disabled People’s Organizations...