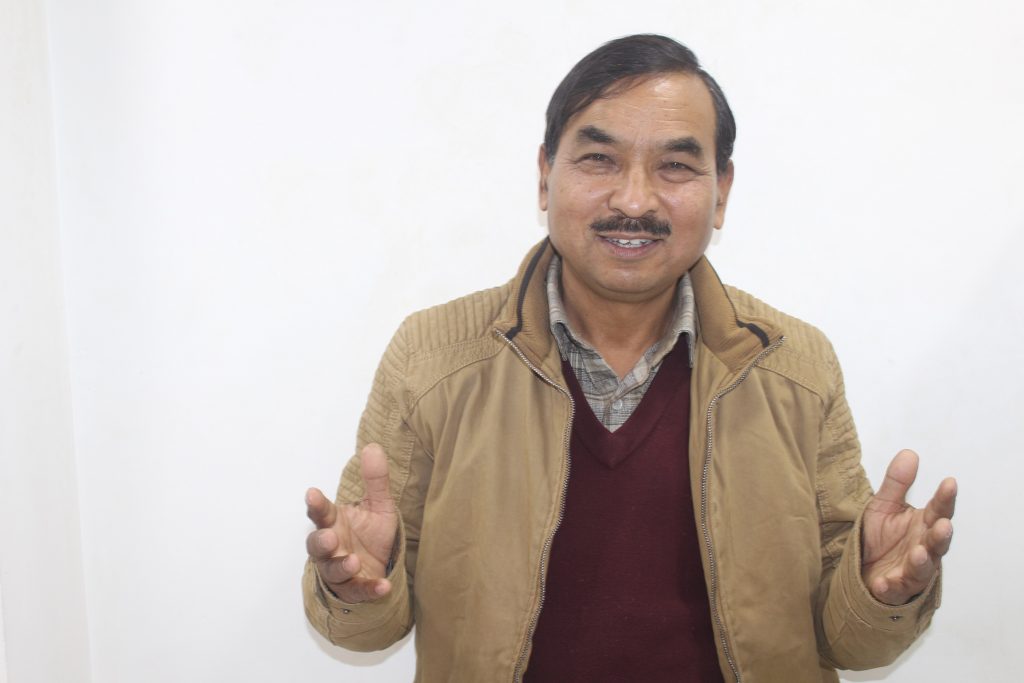 Shrestha heaved a sigh of relief when his dream of declaring Nepal an open defecation free country became a reality last September.

Now 60 years old, Namaste Lal Bhoomi Shrestha has spent 36 years of his life in the water and sanitation field, including as Senior Sanitation Specialist at the United Nations Children’s Fund (UNICEF).

“I saw a dream and was convinced that ODF could become a reality, even though there were so many doubts from all spheres," he says, describing how he kept moving, garnering support from all stakeholders along the way and finally was able to see his dream turn into reality.

In recognition of his contribution to the ODF effort, the government of Nepal declared Shrestha a national hero. In 2010, Sweden named him as a Water and Sanitation Hygiene (WASH) Ambassador and issued a postage stamp in his honour.

Shrestha was able to get a fund of Rs 11 crore (approximately USD 974,000) from the Swedish National Committee for WASH in his personal capacity in 2005 and 2010. In 2006, UNICEF used this fund to pilot the School-Led Total Sanitation (SLTS) programme and Model District Concept in Kaski, Chitwan and Tanahun, which later became the first, second and third ODF districts in Nepal respectively.

Born in Bandipur of Tanahu, Shrestha had a childhood full of hardships and struggles. Hardworking and good at studies, Shrestha began his career upon his graduation at the age of 19 when he became the principal of a public school in Bhansar. He recounts how he was once able to secure the labour of students and teachers alike in carrying stones on weekends to build the school, an experience which he learned fostered their feeling of ownership of the institution.

Journey towards a career in sanitation

In 1976, Shrestha joined the United Mission to Nepal (UMN) as a language teacher and cultural informant. His work occasionally required him to travel to remote parts of the country. He was shocked on such a visit to Jumla in 1980.

“Jumla, at that time, was 50 years behind Kathmandu, with inhumane living conditions," recalls Shrestha. “I felt that if I really want to do something different, there could be no place better than Jumla." He asked for a two-year extension to work there.

After his first year there, Shrestha felt he should leave his own quarters, complete with domestic help, and move in with a family in the village of Simkhadha. In his new living arrangement, his diet consisted largely of barley bread with chilly and salt. He and the other villagers had to walk to a faraway field to defecate. Their source of water for drinking, cooking and washing was a nearby stream.

Within a few months, Shrestha began to feel sick. The doctor suggested he go back to Kathmandu if he really wanted to live. Instead, he took the experience as a call to action. Feeling that he could at least try to improve the lives of the people in the village by making their water safe to drink., he decided to stay.

In his efforts to obtain support from officials and political leaders at various levels of government, he was turned away, with some raising concern over alleged political views. Ultimately, what worked was his reliance on the local people whom he convinced to work in a stone mine to earn money to buy water pipes. With technical support he requested from the UMN, the pipes were put to use bringing clean water to Simkhada village. Shrestha also encouraged villagers to build toilets without outside support, neither from the government nor other donors.

This was a turning point in his life.

Involvement of women is key to success

As a sociologist with experience working in Jumla, he joined the Lutheran World Federation in 1984 as Community Development Officer in Baglung, 270 kilometres west of Kathmandu.  He recalls the enormous contribution of women to the water and sanitation project through their physical labour and as excellent teachers, an experience that would later ensure his engagement of women in the ODF campaign.

Within the span of his 30-year career with UNICEF, Shrestha grew from his initial position as an assistant project officer to become the senior sanitation specialist. With his team, he played a crucial role in preventing diarrhoea, the leading cause of mortality and morbidity among children under five. He helped reduce the risks of communicable diseases by increasing access to safe drinking water, promoting sanitation, especially toilets, and continuously motivating people to wash hands with soap.

“In UNICEF, we could reduce the mortality and morbidity numbers drastically through holistic approaches involving education, health and nutrition, along with access to water, sanitation and hygiene,” said Shrestha.

Shrestha focused on a few major events that helped translate his dream into reality.

In 1988, UNICEF followed Shrestha’s strategy of involving women by hiring, training and deploying 40 women for front line work in sanitation and hygiene promotion. Inspired by UNICEF’s initiative, all the Water Supply and Sanitation Divisional and Sub-Divisional Offices now assign women workers. The number of female community health volunteers has gone up to 56,000 nationally. This has played an important role in improving the health and sanitation and hygiene status of the communities across the country.

In 1994, the Department of Water Supply and Sewerage (DWSS) took the lead in preparing a sanitation policy, with support from UNICEF, focusing primarily on involving women.

From drafting to seeking political commitment

As drafting policy was not enough, the Government of Nepal, with support from UNICEF and other like-minded organizations, convened a conference in Kathmandu, inviting chairpersons of the 75 district development committees and the mayors who made public commitments to promote sanitation through the DWSS and the Municipal Association in Nepal in 1998.

Similarly, to mark International Year of Sanitation in 2008, the Government of Nepal, UNICEF, UN-Habitat and WHO, among others, organized an event in which all 601 Constituent Assembly members expressed commitment for sanitation, along with the Bagmati River cleaning campaign.

“This publicly made commitment motivated all the concerned stakeholders to speed up the process,” says Shrestha.

The same year, the Government of Nepal started preparing the National Sanitation and Hygiene Master Plan (SHMP), based on commitments undertaken at the South Asian Conference on Sanitation (SACOSAN). The lessons learned from work done over the course of six years in the three pilot districts –  Chitwan, Kaski and Tanahu – were incorporated into the National SHMP, launched in 2011.

In 2017, the programme sped up as it took on the character of a sanitation social movement, but progress was also delayed by several factors.

“Our goal of achieving ODF by 2017 pushed back further due to various unavoidable circumstances like earthquakes, floods in Terai, local election and new federal structure,” explains Shrestha.

“Still, as the movement overcame all these hurdles, ODF coverage reached to 95% by 2017,” he says.

From Shrestha’s perspective, three elements were key to the ODF campaign’s success: the very pragmatic concept of government leadership, stakeholder partnership and community ownership. The coordinated and concerted efforts of various stakeholders along with the local bodies played a crucial role in institutionalising the whole process.

“Nepal is committed to achieving the SDGs on water and sanitation. To do that, we should focus on a basic behavioural build-up, step by step, leading to proper use, operation, maintenance and upgrading of sanitation facilities and resulting in ODF sustainability,” says Shrestha.

“Sanitation should be everyone’s business,” he says, “and the mantra should be ‘Let us all think globally and rationally, act nationally and locally and start positively and immediately.’”

Combatting menstrual taboos in Nepal through the lens of a camera

Demolishing menstrual huts, a powerful start, but how do we demolish the mindset? By Renu Kshetry “I never understood why I was kept...