News
Highly motivated local journalists in Nigeria are committing themselves to the cause of sanitation and hygiene for all as they participated in a three-day journalism workshop to raise the visibility of the crisis around sanitation, hygiene and menstrual health in the country.
By
Olajide Adelana

16 media professionals in Cross River State brainstormed how to develop story ideas on water, sanitation and hygiene (WASH). Their discussion was centered around how to pitch, research, investigate and publish WASH-focused articles, how to use photographs to tell human interest stories, and how to bring WASH stories to the front pages of newspapers.

As part of the workshop convened by United Purpose, the journalists also joined a field visit to two communities, Ikpariyong and Afifia North, in the Biase Local Government Area (LGA) of Cross River State.

One of the villages still practiced open defecation, and the other was declared free from open defecation. Lack of basic amenities such as toilets, pipe-borne water supply, and waste disposal systems, especially in rural and hard-to-reach areas of Nigeria has been a key feature of the field visit.

Seeing, first-hand, conditions associated with lack of access to improved sanitation deepened their understanding of the issue and enabled them to compare and contrast the two situations.

“The overall impact of sanitation and hygiene on Nigeria’s productivity and development is paid less attention than it deserves,” one of the journalists said.

Sanitation and Hygiene crucial for SDGs

Participants also acknowledged that water, sanitation and hygiene has a major role to play in achieving the majority of the 16 Sustainable Development Goals (SDGs).

Prior to the field visit, the journalists learned common terminology in the WASH sector and the current WASH development mechanism in Nigeria, as well as with some examples of state and non-state interventions in the WASH sector, including the RUSHPIN programme (Rural Sanitation and Hygiene Promotion in Nigeria). 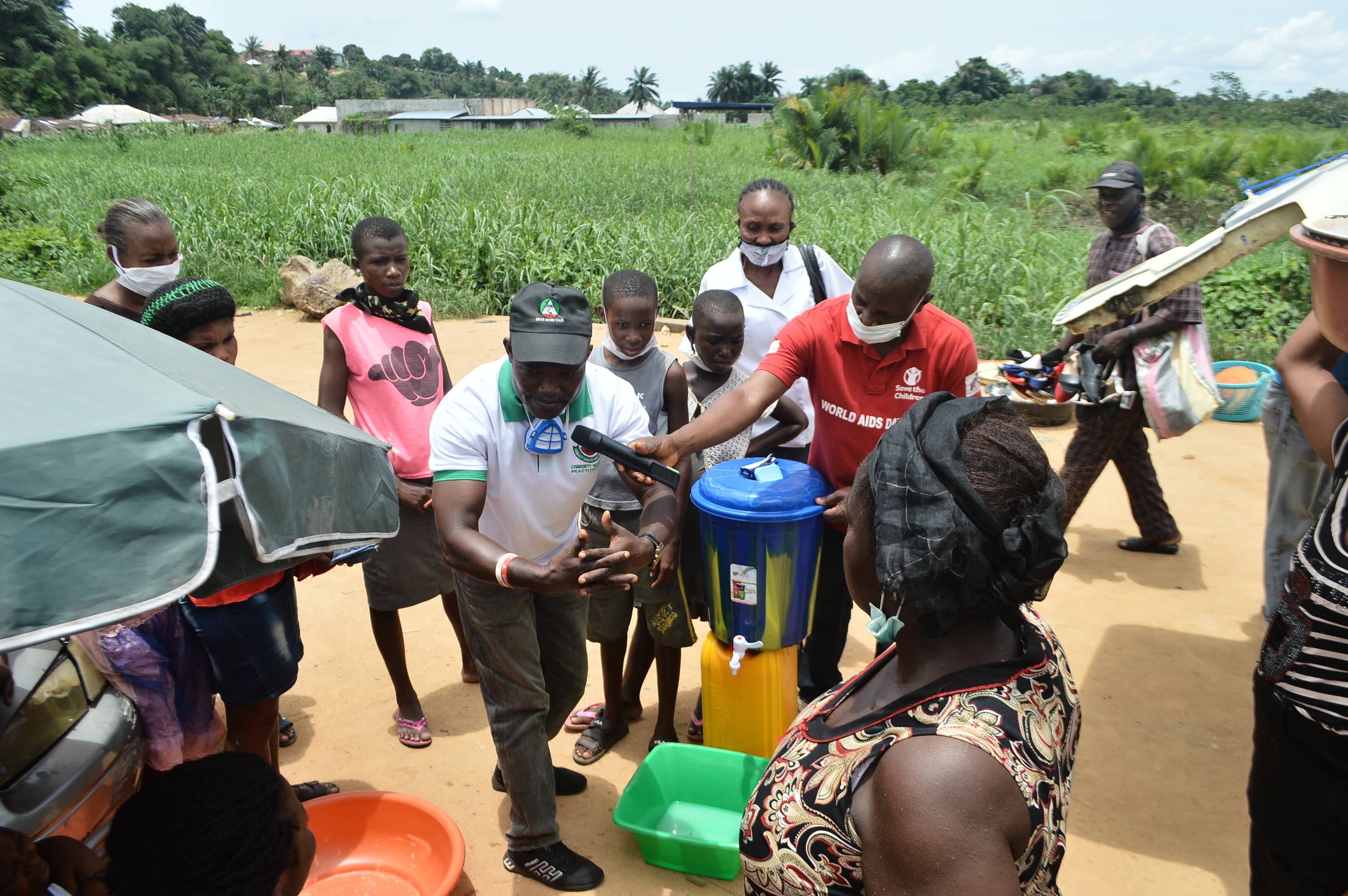 They also discussed the Clean Nigeria Campaign; and the PEWASH programme (Partnership for Expanded Water, Sanitation and Hygiene).

Facilitators of the workshop included Wale Elekolusi, the national chairman of the WASH Media Network;  Juliet Iordye, a sanitation planning expert; Isine Ibanga, editor of Next Online; Tolulope Agunloye, deputy manager of the BudgIT Foundation; Olajide Adelana, a field correspondent to WSSCC; and Nelson Owoicho, a consultant with UNICEF.

“Nigeria’s path to ensuring the availability and sustainable management of water and sanitation for all is a difficult one. Engaging journalists in shedding light on the opportunities and the obstacles, and tracking progress, or the lack of it, along that path, will make an important contribution,” said Nanpet Chuktu, programme manager, RUSHPIN.

Nigeria’s population is estimated to be over 200 million, of which almost half, approximately 98 million people, live in rural areas. Young people form a huge chunk of this population. Their productivity matters most to the country’s economic viability, and growth yet is regularly threatened by Nigeria’s abysmal sanitation and hygiene conditions. According to UNICEF, poor sanitation contributes to diarrheal diseases that kill approximately 121,800 Nigerians each year, including 87,100 children under the age of five.

A 2019 WASHNorm report showed that only 11% of Nigeria’s population has access to complete basic water, sanitation and hygiene (WASH) services. Those living in rural areas have less access, compared to those in urban areas. When disaggregated, 68% of the entire population use basic water services, 42% use basic sanitation services, 21% of households have access to basic hand hygiene services, and 47 million people still practice open defecation.

In its 2012 report, the Nigerian Water and Sanitation Program (NWSP) estimated that poor sanitation cost the country at least 455 billion Nigerian nairas (or US$ 3 billion) annually in lost productivity and healthcare expenditures.

While there has been a groundswell of attention paid to the sector by the Nigerian government in recent times, the consequences of these dire WASH statistics are closer to home than most people would admit.

“The statistics aren’t mere numbers, and that is why reportage of the WASH sector by media professionals’ matters”.