Nupur Akter lives in Kederpur, Bangladesh. The 17- year- old says she missed at least 192 days of school - nearly an entire academic year - because of the shame and the fear of menstruation. Today, she proudly shares the story of how she overcame her fear to become an advocate of menstrual hygiene management in her community.

Her first period happened while she was attending a Madrasa, an institution that teaches Islam. Not understanding what was happening, she was confused and scared.

Her lack of focus led to a beating by the teacher, who advised her to take a bath and not come to the Madrasa for the next four to five days.

Not knowing what to do, Nupur went to the river to take a bath.  She lived with her grandmother, but was too shy to raise the subject. She says she grew up without the guidance of her parents as they separated when she was a child.

Then came the next month, with another cycle and period, this time during school in front of students and teachers. She was too embarrassed and stopped going to school.

Nupur did not have much of a choice; there was no toilet at school. She was even told by her teachers that every girl should stay away from school during this time.

“I found changes in my body. I felt hungry, with pain in my belly.  I also became angry with others so I did not go to school during my period,” she says, adding that within a year she had missed at least 40 days of school.

She discovered the term menstruation from a friend, who advised her to talk her extended family and use a cloth for the bleeding. While female family members showed her how to manage her menstruation, they also shunned her for it.

“They made me a separate bed, a separate plate and a separate dining space. Nobody was allowed to mix with me, not even in the playground,” says Nupur.

Her family did not allow her to eat fish or meat during her period.  Even when she had serious cramps and pain, no one would care for her or give her medicine.

“I was also surprised to learn that if I touched any person preparing for prayer, they would have to do additional ablutions. All this made me physical and mentally ill - I had no support.”

Nupur took part in personal hygiene management education after joining an adolescent group in her area, which was facilitated by the Unnayan Shahojogy Team (UST) NGO.

“We learned that menstruation is a normal process for women and that it is essential for being a mother. Proper menstrual hygiene management is a prerequisite for safe motherhood,” she says, adding that she now feels comfortable during her period and is back on track with her studies.

This year, she sat her Higher Secondary Certificate Examination (HSC).

Nupur now shares her knowledge on MHM with adolescents in her community. She also emphasizes the need for parents to educate their children on MHM and to provide a healthy atmosphere and nutritious food for girls who are having their period.

“I am really proud that I had the opportunity to share my experience with menses. I want to break the silence on menstruation. Proper orientation from family, society, friends and institutions are important for menstrual hygiene management.  Any sorts of superstition should be removed from society.”

Nupur tells her story in the documentary,`Girls in Hygiene’ prepared by WSSCC and UST which was shown on national television in Bangladesh.

A UNESCO report estimates that one in ten girls in Sub-Saharan Africa misses school during menstruation.

Another study conducted by WSSCC and UN Women in Kedougou, Senegal found that 40 per cent of women and girls were frightened by their period and 52 per cent did not understand what was happening.

The lack of menstrual hygiene education and facilities greatly impacts the lives of women and girls. But simply breaking the silence on menstruation and providing safe and adequate menstrual hygiene management (MHM) to girls can help to remove taboos. 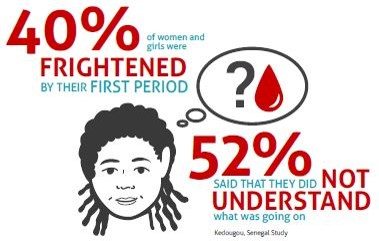 The marginalized communities in tea plantations, a population often left behind, were among the people that the police were able to...

Credit: WSSCC/Pierre Virot WSSCC would like to offer sincere sympathies to the family of Milon Bikash Paul, WSSCC National...

In February 2010, hygiene practitioners and researchers in Asia came to together to share lessons learned, and discuss progress and...