Masks, soap and sanitizer help the vulnerable protect themselves against COVID-19

NAIROBI, Kenya – 3,000 residents of the Mukuru slum in Nairobi received face masks, handwashing soap and sanitizers in an effort led by a sanitation and hygiene programme in Kenya to help some of the country’s most vulnerable residents protect themselves against COVID-19.

“The people in informal settlements are likely to be left behind because of their economic status,” says Alex Manyasi, the National Coordinator in Kenya for the Water Supply and Sanitation Collaborative Council (WSSCC), who spearheaded the initiative with officials from Kenya’s Ministry of Health.

“These people are not able to keep the social distancing as we expect them to, and they also need to leave their house every day because they need to work to eat,” he said, speaking at a media briefing in Mukuru, Kenya’s second-largest slum, after Kibera. 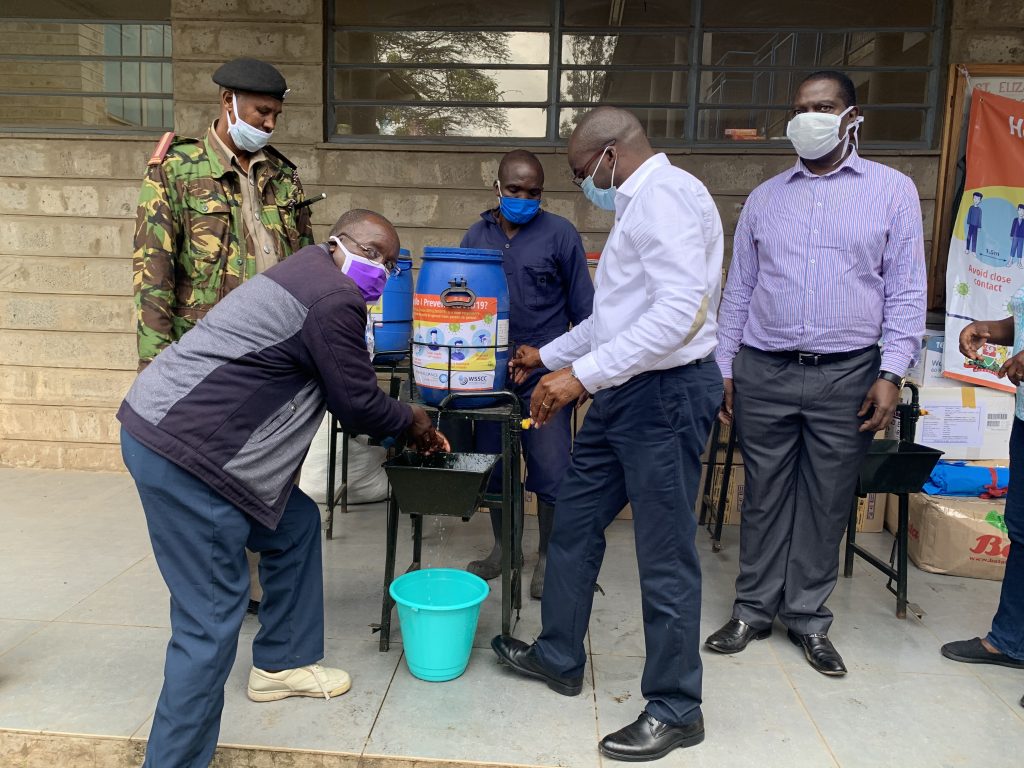 The initiative targeted the most vulnerable and typically unreached people including those with disabilities, the elderly, terminally ill and children living without parents or guardians, as identified by community health volunteers.

“If by bad luck, COVID-19 gets into the informal settlements, we are likely to see serious infections within a very short time because of the interactions and because of how these communities live. That’s why we are here,” said Mr Manyasi.

The sanitation supplies were distributed to 1,500 households with an estimated reach of 3,000 people in Mukuru. Some 5,000 people were reached with sanitation messages. Foot-operated handwashing stands will be set up for public use at high traffic locations across the slum. 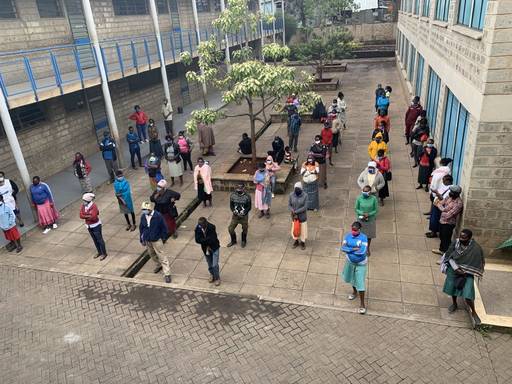 Kenya’s Ministry of Health has introduced safeguards across the country, including closing schools, churches and bars, banning public gatherings, imposing a dusk-to-dawn curfew and banning travel in and out of four COVID-19 hot-spot counties – Nairobi, Mombasa, Kilifi and Kwale. Other measures introduced include mandatory wearing of facemasks in public places and on public transit, handwashing at business premises and public spaces such as markets and bus stations, and encouraging people to stay at home.

“Unfortunately, these measures have proven difficult to adhere to,” says Abdi Ahmed, the senior chief in the Viwandani area of the Mukuru slum, especially in informal settlements where people have to choose between buying basics such as food and protecting themselves against the deadly viral disease, and insisting that increased support for improved sanitation and hygiene is vital.

“The capacity of government needs to be supplemented by such exercises, especially in high population areas like in Mukuru where enforcing prevention and safety measures is not easy,” Ahmed says while distributing sanitation supplies at St Elizabeth Primary School. “Such an initiative is touching peoples’ lives,” he said.

In Nairobi, approximately 1.5 million people – or 36 per cent of the population – live in informal settlements, according to the Kenyan government’s draft 2020 Budget Policy Statement (BPS).

The BPS estimates that some 10 million people – more than one-fifth of Kenya’s 47 million people – live in slums across the country, leaving them exposed to poor sanitation and hygiene conditions that could lead to diseases such as cholera, typhoid and dysentery.

Sanitation professionals learn use of powerful monitoring tools in Nigeria

48 members of the Society for Water and Sanitation, or NEWSAN, participated in a two-day intensive training programme in Cross River...

Reviewing the catch-up plan to end open defecation in Benin

This new strategy was launched with its catch-up plan in early 2020. Since then, 1,272 communities have been triggered for behaviour...