In a two-day workshop and round table meeting, high-level government ministers committed to ensure the state of Bihar, in North India, will become Open Defecation Free. The events were organised by the Executing Agency of WSSCC's Global Sanitation Fund in India.

At two separate events in Patna, Bihar, stakeholders working to promote improved sanitation and hygiene debated on policy reform, discussed key issues on water and sanitation in developing countries, and improved the understanding of government policy and mechanisms including administrative rules, laws, regulations and standards to guide stakeholder actions toward the achievement of the Water, Sanitation and Hygiene (WASH) goals.

Less than one third of the country’s rural population has access to a latrine and the state of Bihar, considered one of the low-income states of India, is no exception. Slow progress on access to sanitation is compounded in areas of unequitable coverage of latrine access.

The Nirmal Bharat Abhiyan policy encourages people to build latrines using incentives. One outcome of this workshop was an announcement by Mr. Jitan Ram Manghi, Honorable Chief Minister of Bihar, to raise the contribution from the state for Mahadalits, one of the poorest communities of the Indian population, from Rs 900 to Rs 1000 in Bihar. Total support given to households in India for the construction of a toilet is 10,000 rupees ($200). Generally the community contributes Rs 900. The government covers this additional community contribution for the Mahaladits. 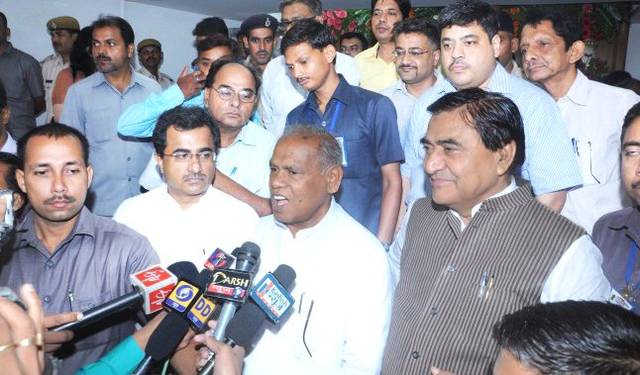 Mr. Mahachandra Prasad Singh, Honorable Minister of the Public Health Engineering Department in the Government of Bihar, launched a report on formative research produced by GSF India to support the behavior change component of the programme in Bihar. The study reveals the status of availability of sanitation infrastructure in rural areas, its usage and prevalent knowledge, and the attitude and practices around sanitation and hygiene. 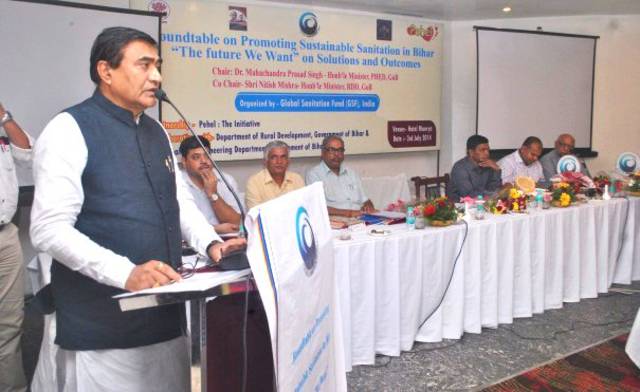 Speaking on the occasion, Mr. Nitish Mishra, Honorable Rural Development Minister of the Government of Bihar, emphasised the need to simplify procedures to assist people in gaining support and resources from the Mahatma Gandhi National Rural Employment Guarantee Scheme (MNREGS) to improve the sanitation situation. He emphasised that "sanitation will have to be made a people’s programme so that we could achieve community level outcomes." 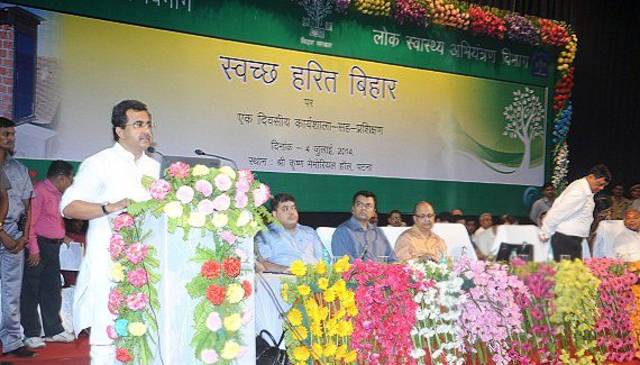 About the GSF-supported programme in India:

The Global Sanitation Fund in India promotes sustainable sanitation in rural communities in the States of Assam, Jharkhand and in 2013 grew to include the state of Bihar, the state with the highest population density in the country. The programme now covers 15 million people, more than three times the initial 4 million people covered by the programme at its inception in 2011.