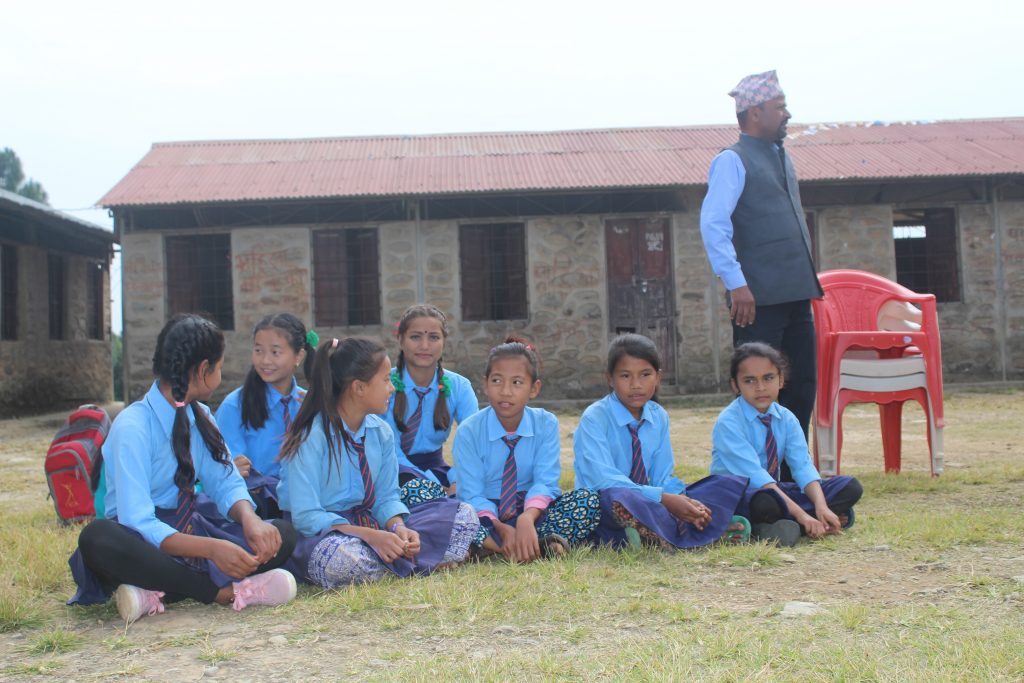 NUWAKOT, Nepal – A 15-year-old schoolgirl in a Nepali village recalls how her parents asked her to stay in isolation for five days when she had her first period three years ago.

“I was made to stay in the darkroom for five days and was strictly barred from coming outside in the sunlight and meet my brother and father,” Sangita Neupane said. “I was told that if I step outside in broad daylight and see my father and brothers, then something bad will happen to them. So, I had to follow my mother’s instruction.”

Sangita considers five days of her confinement “lucky” because “her sister was forced to live in the darkroom” much longer, for 12 days to be precise, during her first period. Sangita even had to follow the same ritual for her second and third time, too.

Sushila Paneru, a total sanitation facilitator for a hygiene programme supported by WSSCC’s Global Sanitation Fund, acknowledges that in many parts of Nepal, menstruation is still considered “impure and shameful.”

According to Ms Paneru, the degree of exclusion during menstruation varies depending on the district, region, community and household. But most notably, in the western part of Nepal, women are still forced to live in menstrual huts or cowsheds for several days.

“Many women have lost their lives inside these shady huts. This practice of banishing women and untouchability is still prevalent among Brahmin and Chhetri communities, even in urban areas,” said Ms Paneru.

In December 2019, a 21-year-old woman in Nepal’s western Achhan district allegedly suffocated to death inside a mud hut after she lit a fire to keep herself warm. She was abiding by the “cchaupadi” custom that banishes menstruating girls and women in sheds.

Six days after her death, the police arrested her brother-in-law.

The Government of Nepal had enacted a law to ban the centuries-old custom in August 2017, and it came into force in August 2018. Under the law, anyone forcing a woman to live in a menstrual hut will have to serve three months in jail and pay a fine of 3,000 Nepali rupees (US$26).

However, this was the first time police have ever arrested any person in connection with death under the chhaupadi custom. According to local authorities, the chhaupadi-related death toll has reached 14 in the district of Achham alone since 2005, when the Supreme Court directed the government to ban the custom.

However, a group of adolescent girls at Shree Gyanjyoti High School in Nuwakot is determined to change that.

Melina Tamang is a member of the Menstruation Hygiene Management Concern Committee at the high school. She recalls her 12-year-old classmate getting her first period when she was in the classroom.

“My friend had to stand up in the middle of class. She was scared as she did not know what was happening. She was crying and was trembling with fear after she came out of the toilet,” said Melina.

“It took us quite some time to convince her that it was a natural process.” Melina and her friends collected some money to buy a sanitary pad for her friend and counseled her.

Schoolgirls between 10 and 16 years old formed an 11-member committee, also known as the “MHM Concern Group.” Group members get together regularly and share their feelings about menstrual hygiene, harassment and sexual and reproductive health.

In Nuwakot, a total of 28 MHM groups was formed, 15 in model communities, and 13 in model schools. The main objective of these groups is to empower girls and women of the community on menstrual hygiene. These groups educate community members on menstrual health and hygiene and ways to prepare for the period and the role of mothers.

“We need to start from our homes by educating our mothers and grandmothers to change their behavior,” said Sangita.

“Every girl should grow up as a confident young woman, and none of us have to face the humiliation during menstruation,” says Sushila Paneru, who facilitates the formation of MHM groups as part of the support provided by WSSCC’s Global Sanitation Fund.

At Shree Gyanjyoti School, separate toilets are offered for girls with proper locking systems, running water and soaps to ensure the proper management of menstruation with privacy and dignity.

The school also has a sanitary disposal machine, which has made life easier for girls and women teachers. Girls can now enjoy a separate room to rest when they suffer menstrual cramps. All of this has encouraged girls to stay in school even during menstruation, reducing the number of girl absentees.

Mukunda Rijal, Principal of Shree Gyanjyoti High School, said that girl students used to shy away from school in the mid-1990s due to lack of separate toilets. But now, except for physical pain, they do not stay home.

These MHM Groups have even managed to educate boys in school as well. Jayram Phuyal, President of Child Club, said that they ensure that all the boys are respectful to the girls and they provide enough information in creating a conducive environment for sanitation and also to change the behavior. “The bullying from boys has stopped now,” she said.

Besides, teachers understand that the safe and effective management of menstruation is well connected with sexual and reproductive health.

“If the girls are more knowledgeable about their bodies and fertility, then they may be more empowered and better equipped to manage their sexual and reproductive health later in their lives,” said Sabitra Lamsal, who teaches environment, population and health.

“MHM has a direct relation with the young girls’ education, physical health, psychological and emotional well-being. So, this issue has to be taken seriously by all the concerned stakeholders.”

By Renu Kshetry Shrestha heaved a sigh of relief when his dream of declaring Nepal an open defecation free country became a reality...