Ms Torkwase Ikyaator, the General Manager of BERWASSA, the Benue State Water Supply and Sanitation Agency spoke about the unhygienic practice of defecating in the open and its negative impact at a meeting in Makurdi, the capital city of Benue.

BERWASSA, with the support of UNICEF and United Purpose Nigeria, organized the meeting early in September under the aegis of the Rural Sanitation and Hygiene Promotion in Nigeria (RUSHPIN) programme to validate the Open Defecation Free (ODF) 2025 Strategy document and its associated work plan for the state.

“This stakeholders’ consultation…will help to identify the immediate steps towards rolling out and steering the implementation of the Roadmap,” said Ms Ikyaator.

According to UNICEF, achieving ODF status for the state will require the installation of approximately 1,300 basic household toilets every day for the next five years. In addition, 1,000 public toilets along streets and strategic locations in major towns and cities and about 18,000 toilets for schools, health facilities, markets, offices, and other institutions are also required. 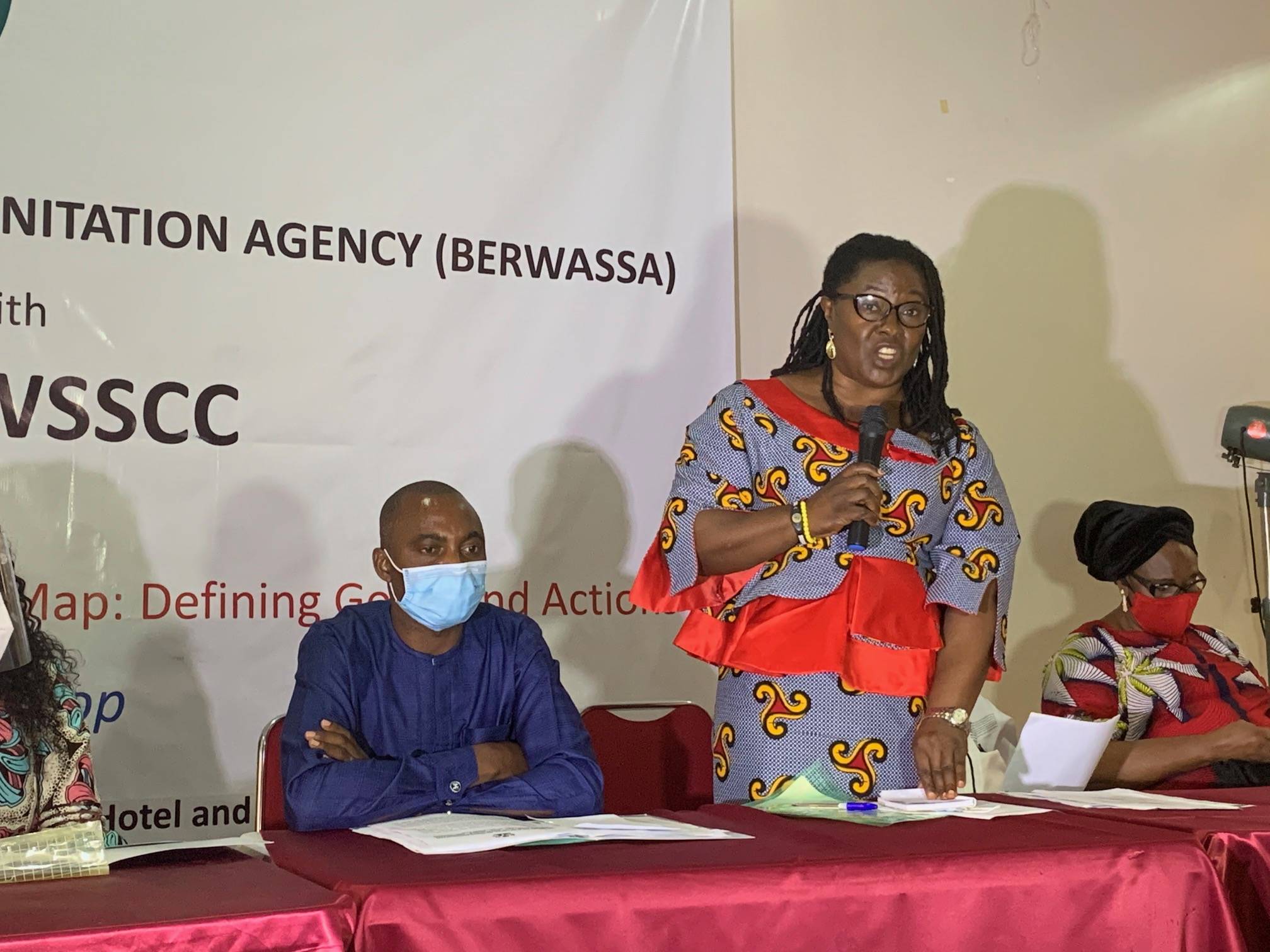 Ms Mamita Bora Thakkar, WASH Manager for UNICEF Enugu, stressed the need to move forward as fast as possible, stating that less than 5 percent of schools in Benue have access to a complete package of WASH facilities.

“Have we failed our children? Let’s ask ourselves some hard questions. We need results at scale. There needs to be a combination of strategies to achieve sanitation at scale. We need to create community demand for sanitation, build awareness of the ill effects of open defecation, mobilize communities to collectively decide that they no more want to live in filth and dirt and that they want a better future for their children, dignity, and privacy for their women,” she said.

Mr Nanpet Chuktu, Programme Manager for RUSHPIN, said that the stakeholders’ meeting was a step in the right direction and pledged the continued support of United Purpose to enable Benue to become the first state in Nigeria to achieve ODF status for all of its LGAs.

Ms Jeiyol Elizabeth, WSSCC National Coordinator for Nigeria, commended the efforts of Benue State to end open defecation. She said Benue is amongst the states leading the campaign against open defecation in Nigeria.

“I commend the leadership of the state for creating an enabling environment for WASH investment in the state. From today’s event, it is obvious that Benue state is serious with its campaign against open defecation.”