Story
A small rural community in Benin has taken hand hygiene to heart even before the advent of the coronavirus. In the series to commemorate this year’s Global Handwashing Day on 15 October, villagers of Taloum explains how the practice of good handwashing has helped stop the spread of disease, prevent undernutrition and keep community members healthy.
By
Alain Tossounon

Two years ago, the sanitation situation in Taloum was very different. Families in the village would bring their children to the hospital on average four or five times a month.

“Many villagers suffered from diarrheal diseases before, and each household spent about 15,000 West African CFA francs (US$26,908) monthly just on doctor’s fees and medications. That was much more health expenditures,” said Mr Gado Zoumarou.

According to a national survey, 60 percent of Benin’s rural population has no access to running water, soap or antibacterial products with which to wash their hands. 45 percent of households lack access to either fixed or mobile handwashing facilities. 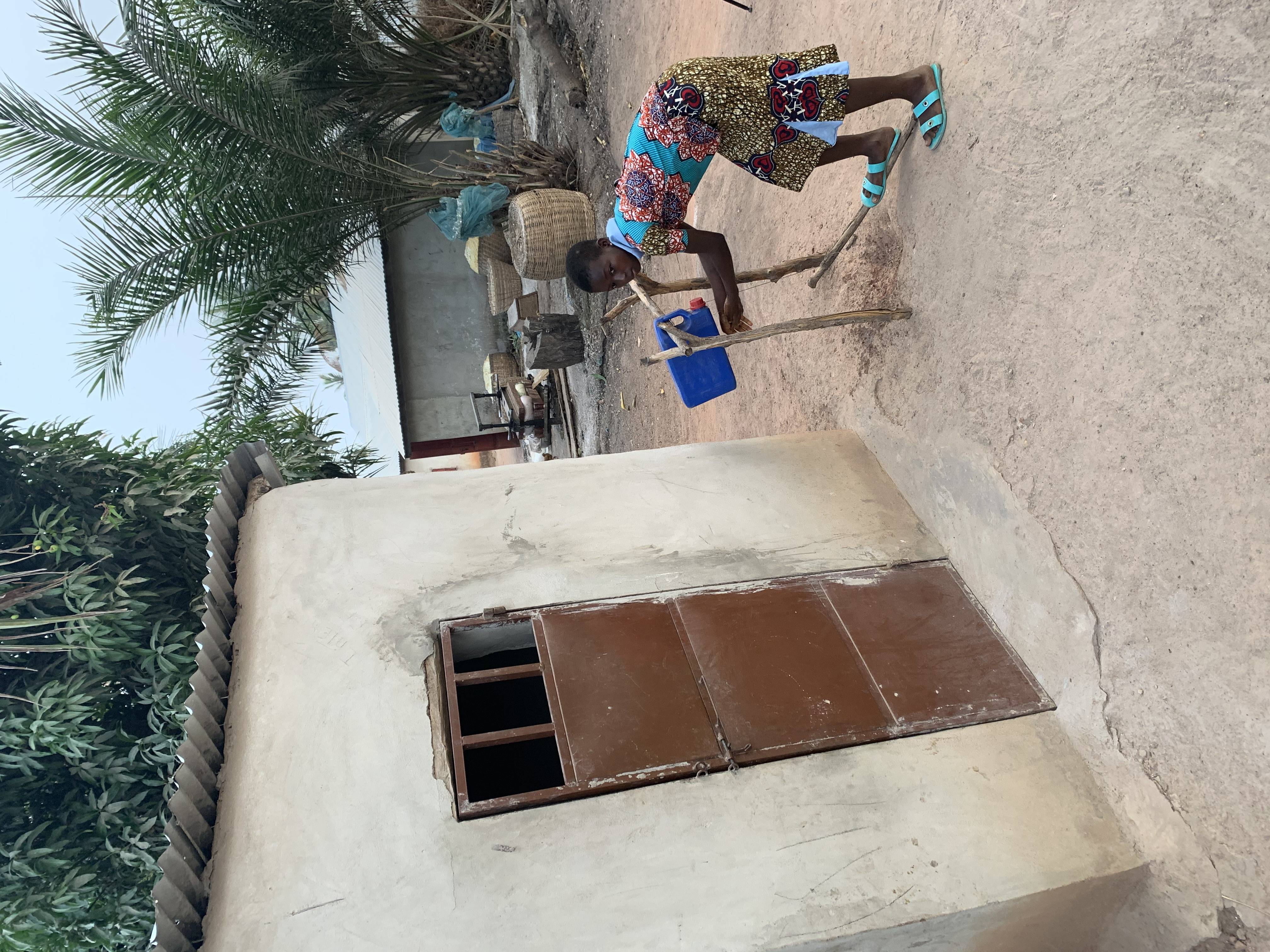 In Taloum, PAPHyR helped the villagers install handwashing facilities in households as well as in public spaces and conducted triggering sessions to trigger behaviour change among the population. Daily handwashing has become a habit as the residents come to see hygiene as an effective barrier against the spread of disease.

“Here in Taloum,” says Ms Latifa Gomina, a local resident, “We wash our hands every time we use the toilet and each time we come in from the outdoors. We do this in order to preserve our health. We now understand how much this impacts the health of our children.”

Ms Mouniratou Adbdoulaye points out the toilet with handwashing facilities which was constructed in the chief’s courtyard, saying, “Adults as well as children – nobody is left behind when it comes to washing their hands. Even for the elderly and the disabled, we have put systems in place to allow them to use the toilets and wash their hands.”

Mr Domora Gnakou, an elderly man in his sixties who has lost his sight, concurs. “What she says is correct. I, too, am able to wash my hands every time I leave the latrine.” He rises, goes inside to his room, and returns with a piece of string which he uses to access the toilet. When he emerges, he washes his hands to the applause of the locals.

Taloum has become a handwashing champion, and the community is proud of their efforts. The community was pre-certified open defecation-free in December 2019.

“We have come a long way,” says Mr Zoumarou. “The fight against open defecation and unsanitary habits in this village is the fruit of a long process, and we did not see these results overnight. But today, with this new habit of cleanliness and regular handwashing, our children fall ill barely once a month.”

Benon Rukara Ndemere, tells WSSCC about his motivations, achievements and hopes for the future.

In a nutshell, what do you do? My role within the Uganda Prisons Service is to influence policy to ensure prisoners and prison staff...

Megha Phansalkar tells WSSCC about her motivations, achievements and hopes for the future.

In a nutshell, what do you do? Since 2003 I’ve been working on community-driven sanitation with the Indian Government, World Bank and...

Rabin Bastola, tells WSSCC about his motivations, achievements and hopes for the future.

In a nutshell, what do you do? I used to work in the development sector but now I am a PhD student on Water Engineering and...