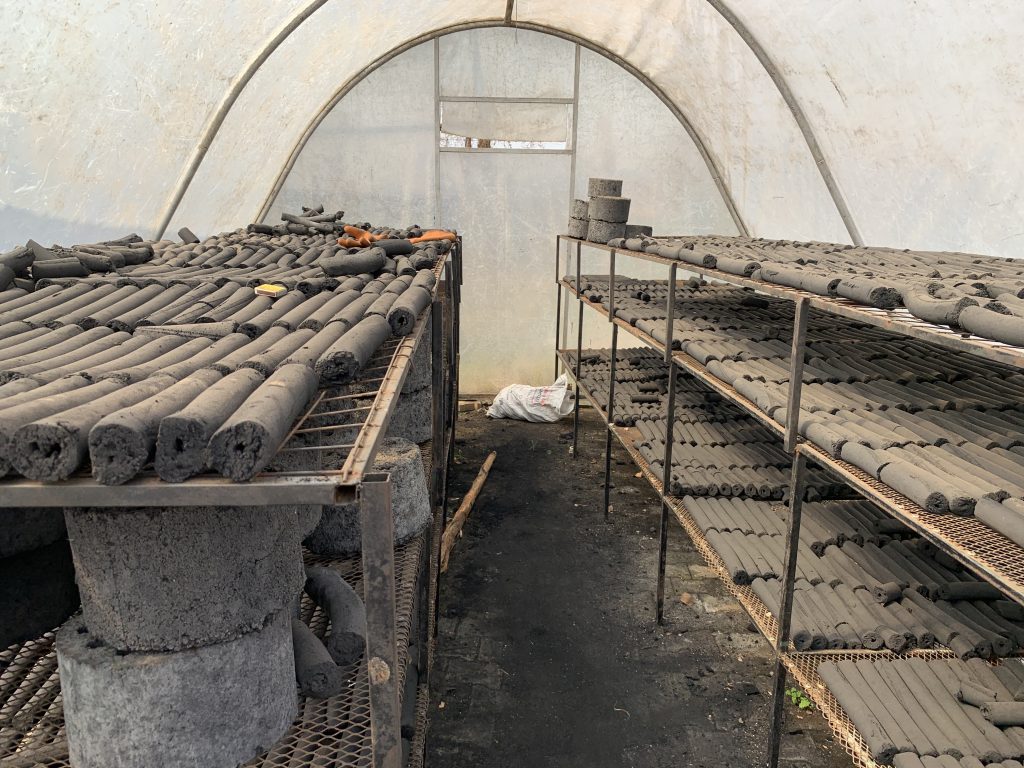 KAMPALA, Uganda – A new breed of Ugandan sanitation entrepreneurs is making a business out of emptying pit latrines in Kampala. Using hand-powered pumps known as gulpers, they extract faecal sludge from pits across the capital city where a handful of the population is served by a sewerage network.

Isaac Turinawe’s Terikigana Sanitation Services operates in the suburbs and slums around Kampala’s central division. With start-up support from Water for People, Turinawe’s business now has six employees. They pump sludge into barrels for transport in the company’s small truck to the sewerage treatment plant in Lubigi, on the outskirts of the city.

In a recent visit to the treatment plant, Ms Hind Khatib-Othman, Chair of the Water Supply and Sanitation Collaborative Council (WSSCC), had the opportunity to talk with Mr Turinawe about his business. 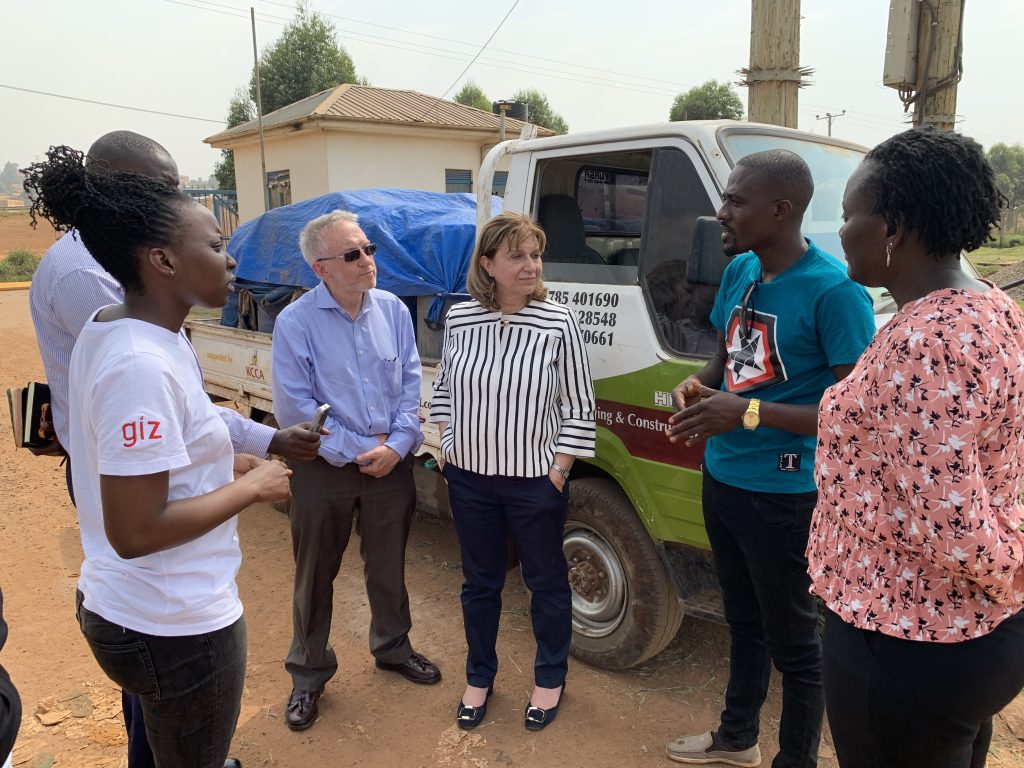 “I have spent six years in this business, and there have been many challenges, but I’ve managed to overcome them so far,” said Mr Turinawe.

“I was able to acquire a loan from Post Bank in 2019 to buy a better truck that I use in my business,” he explained to Ms Khatib-Othman. “And we make sure that all our employees have the correct and appropriate personal protective equipment.”

Set alongside Lake Victoria, Kampala is one of the fastest-growing cities in the world. With a population of 1.6 million people, it is expected to grow to 4 million by 2030 and accelerate to 10 million by 2040, according to the World Bank.

Public sanitation, however, has not kept pace, with the majority of homes and businesses relying on pit latrines. According to Clara Rudholm, WSSCC’s East and Southern Africa Regional Manager, the lack of secure land tenure in the slums makes it challenging to construct sewer lines there.

Poor sanitation costs Uganda US $177 million annually in economic losses linked to disease treatment and lost productivity as people search for places to relieve themselves, according to a study by the Water and Sanitation Program (WSP). 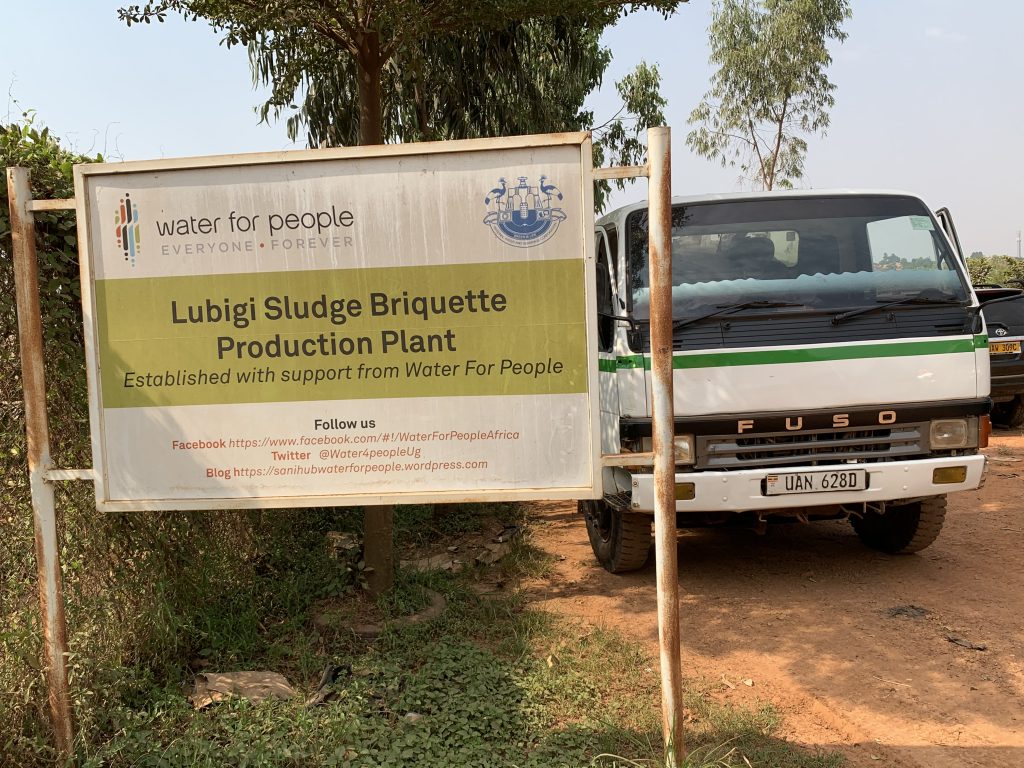 Pit-emptying companies like Mr Turinawe’s charge in the vicinity of 25,000 Ugandan Shillings (about US $5) per barrel of sludge removed and have been nicknamed ‘gulpers’ after the pumps they use.

“The gulpers can provide service to even the poorest dwellers since they can negotiate the price per barrel,” said Yvonne Lugali, Sanitation Engineer at Water for People. Speaking with the WSSCC delegation visiting Uganda, she described how the gulpers are able to get into locations in the slums where roads are narrow and impassable.

The National Water and Sewerage Corporation, the utility responsible for sewerage treatment, is not involved in either the construction or emptying of pit latrines. But, in collaboration with Water for People, it has begun to manufacture briquettes made of faecal sludge for use as a cheap and sustainable fuel for cooking. 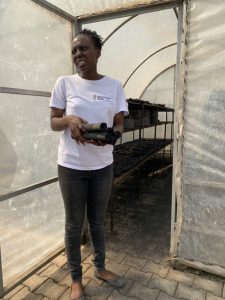 According to Ms Lugali, the briquettes are long-burning, smoke-free, have no smell and, because they are a substitute for burning wood, help conserve trees and protect the environment.

“Customers can buy them from supermarkets and markets at shopping centres,” said Anthony Kasiinga, the sanitation business development manager at Water for People, discussing plans underway to have vendors sell the briquettes locally and across the country.

Plans are underway to have vendors sell the briquettes around the estates and at local open-air markets and supermarkets across Uganda.

“Customers can buy them from supermarkets and markets at shopping centres,” said Anthony Kasiinga, the sanitation business development manager at Water for People.

“We are also in a very strong relationship with the association of poultry farmers. We have started an engagement where farmers can come and order for the honeycomb briquettes.”