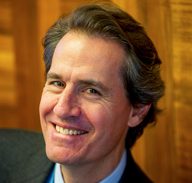 In January, millions of women around the world took to the streets to advocate for legislation and policies on women’s rights and other issues. While the Women’s March on Washington drew 500,000 passionate activists and the lion’s share of the media attention, the march also extended to all seven continents in locations as varied and diverse as Congo, Georgia and the Antarctic Peninsula. The message was clear and profound – women will not sit back and be designated as second class citizens. Women’s rights are human rights, period.

While the sentiment is easily understood, the execution is often more complex. To improve gender diversity, employers look to balance ratios, broaden the hiring net, and ensure representation at the table. Similarly, the public and not-for-profit institutions that promote education and health and other basic services seek to reach women as well as men.  There is a tendency merely to involve women once things are already in place, let women in the room but not think critically about how the room is arranged. By confining our efforts to bringing women into the conversation without questioning the underlining power relations, we “add women and stir,” running the risk of reproducing inequality, further marginalizing women, and denigrating their roles in society.

Yes, gender balance is important, however it should not be the goal. Transformative change can only happen when a strong movement for gender equality reshapes norms, habits, and social policy. In order for this to become a reality, we need to rethink the roles of women and men, adolescent girls and boys, as well as women and men facing disability, old age, marginalization and vulnerability. This is true everywhere but especially so in geographies, North and South, where poverty is manifest and therefore where women are vital for sustaining healthier, better-educated and vibrant communities.

Sticking with the status quo will lead to a world that neither responds to the needs of women and girls, nor provides adequate and efficient services that empower women to become leaders in their communities. Globally, over 1.2 billion women lack access to basic sanitation and hygiene. This has far-reaching impact on their lives, from childhood to motherhood and on to their twilight years.

Without access to toilets, women fear assault and a loss of dignity from having to defecate in the open. They suffer urinary tract infections and other diseases from holding in their urine/faeces. When they menstruate they miss work, intentionally not travel, and avoid school, thereby suffering economic losses for the family. The average woman menstruates for 3000 days in her lifetime; however, the subject is hidden by taboos preventing women from learning how to manage their periods hygienically and safely.

In a forthcoming study on women’s access to sanitation services in the West African country of Niger by the WSSCC, UN Women, and the African Institute of Training and Demographic Research, researchers found that less than 12% of those surveyed felt safe while using toilets. When asked why, they said that it is because they are not gender-segregated. In the same study, researchers found that at least 70% of toilets surveyed could not be closed from the inside. The study will be launched 20 March during an event at the Commission on the Status of Women.

This has a huge impact on the well-being of women and girls, inducing shame, risk and fear. For the 1.2 billion women who lack access, a focus on sanitation and hygiene is an effective way to link one vital narrative (toilets) to sustain another (women’s rights).

Over the past five years, there has been a groundswell of interest in menstrual hygiene as well as in a set of tactics activists and policy makers are using to break the taboo associated with the subject. In places as diverse as Senegal, Niger, Kenya, Tanzania, India, Nepal, Pakistan, Nigeria, Malawi and Cambodia women – and men – are openly discussing menstruation.

At the national level, governments are engaging in conversations with activists to ensure schools, health clinics, public markets, transport hubs, as well as individual households have safe, secure sanitation facilities for women and adolescent girls. Their commitment takes the form of approved policy guidelines and budget allocations, as well as retooled programme interventions and systems to monitor the implementation of these programmes.

At the local level, individual households, local governments, and small scale entrepreneurs are engaging in conversations about how to bring about a change of behaviour in which people make connections between sanitation and health, hygiene and dignity. Their commitment takes the form of tens of millions of people stopping the practice of open defecation, investing in sanitation, and adopting hygiene practices, including menstrual hygiene, that ensure no one is left behind.

While interest in menstrual hygiene is growing, with it is a wider reflection on the appropriateness of basic services for the disabled, socially marginalized groups, the elderly, and the homeless as well as for women. The discussion on menstruation is breaking down barriers, allowing for a deeper reflection on multiple forms of inequality and discrimination.

These critical, yet pragmatic tactics to promote gender equality are far from complete. Much work remains. However, the likelihood of these gaining traction is greater as a result of the commitments made by 182 Member States in September 2015 with the adoption of the Sustainable Development Goals. The 17 “SDGs” as they are commonly referred to, provide a fifteen year (2016-2030) framework for social, ecological and economic development. Rather than being confined to one goal, the themes of gender, equality, and non-discrimination run through most of the targeted actions of all 17 global goals. The attainment of one goal requires an understanding of the other goals. By improving their access to sanitation and hygiene, women can at once manage menstrual hygiene with safety and dignity, have greater mobility, attend school, and take steps to realize their productive potential.

Practical action, taken to scale and reinforced by the commitments of the international community, is a decided break from business as usual. Women and men are now better placed to generate a discussion on how the status quo is leading to a world that isn’t responding to the needs of women and girls. They can replace “add women and stir,” by being part of efforts to effect policy, budgets, programme design. They can re-think the people who execute and implement, those who are left behind, the indicators that we use to monitor progress, which together can improve the suitability of these services, so that sanitation and hygiene is a reality for everyone, everywhere.

At WSSCC, we are committed to this principle, and are applying it in all countries where we operate, thereby informing our work on policy, advocacy, and the large-scale implementation of sanitation improvement programmes. We recognize the importance of empowering women and men to take control of their sanitation needs, to construct latrines, and to improve their health and well being. The approach, known as “collective behaviour change,” builds trust, enabling women and men to promote menstrual hygiene while also contributing to efforts to end female genital mutilation and prevent child marriage.

The path of least resistance reproduces gender inequality. It is time we stop adding, and start integrating women into the work place, the policy arena, and the delivery of basic services. On this International Women’s Day 2017, that indeed would #BeBoldForChange.