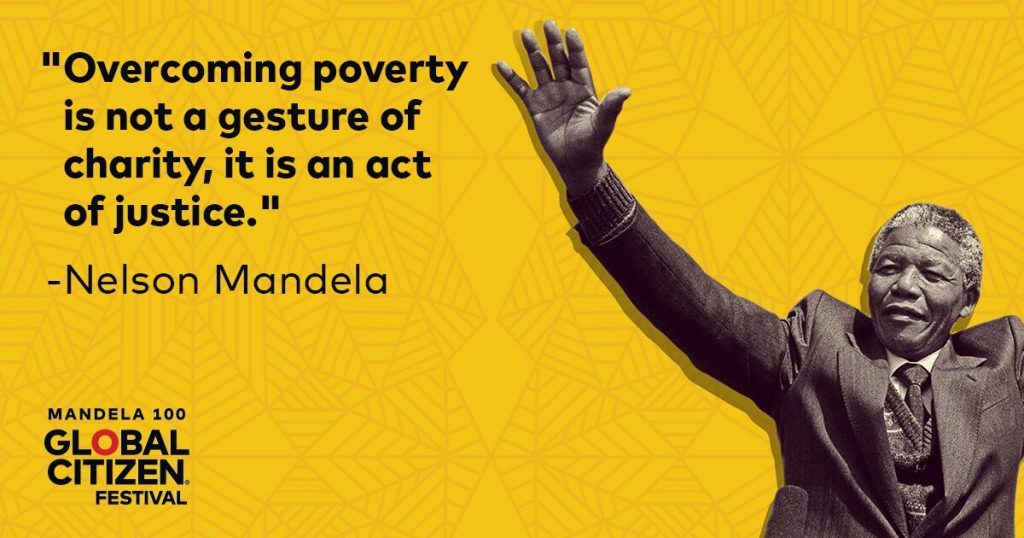 One safe prediction for our world in the next future is that the biggest global problems will not disappear, and millions of people will keep feeling left behind by the forces of globalization unless we take immediate radical action. Governments, civil society organizations, development partners and businesses must increase their joint efforts to achieve the Sustainable Development Goals (SDGs) through Leadership and Social Mobilization.

If there is one icon who continues to be a source of power and leadership style is Nelson Mandela, a man who led his people to freedom, who suffered under the apartheid in South Africa and who built a new democracy with wisdom and vision. Like no other, Mandela reshaped South Africa to an astonishing degree, but his influence refused to be limited to a single nation and he became a symbol of what one can achieve with true dedication to a cause. Today his life and legacy continue to inspire younger generations to follow his call to make the world a better place.

2018 marks 100 years since the birthday of Nelson Mandela on 18 July 1918. The Centenary is an occasion to honour Mandela’s legacy and The Nelson Mandela Foundation is dedicating this year raise to Action Against Poverty.

For this occasion, and over the next six months, Global Citizens around the world will be taking action to compel world leaders to make significant changes and commitments on the issues closest to the causes of systemic extreme poverty: Education and WASH are two of the policy focal areas together with Gender Equality, Health, Food and Nutrition.

In the educational dimension, Global Citizen stats 264 million children (including 131 million girls) are out of school with 75 million missing out due to conflict and crisis which increases risks of child and maternal deaths, exploitation, child labour, sexual violence and extremism. The Education Commission found that bringing a quality education to all kids by 2030 will require a $1.8 trillion investment. Therefore, Global Citizen will campaign to fill this gap with the Global Partnership for Education, the Education Cannot Wait fund and the Education Commission to raise over $1.2 billion from governments and other donors to invest or support investment domestically, early and sufficiently in education — especially in the education of girls.

In the WASH scope, 4.5 billion people lack access to clean water and sanitation. Girls and women are worst affected, spending 200 million hours a day collecting water, placing them in situations of danger and missing out on school due to poor resources and information to manage their periods. In the same line as in the educational field, Global Citizen will seek to raise $150 million to fund clean water and sanitation in the poorest communities, so that girls can access and complete an education with dignity.

With this call to action, Global Citizen, the Foundation and other partners involved in this process, seek to charge society to accept Mandela’s challenge and to take upon themselves the responsibility to solve the challenges of the world. When he said, “It is in your hands to make of the world a better place”, we all believe he was passing on the responsibility to the next generation of leading and helping to end extreme poverty in all its forms.

Bringing together over 4,500 participants from 149 countries, the Women Deliver conference in May this year was one of the largest...

Open defecation: nearly one billion people still defecate in the open, without access to even basic toilets or handwashing facilities.